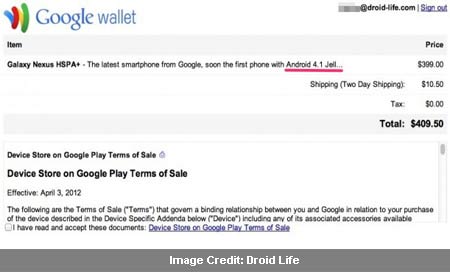 We’ve already seen what the Windows Phone 8 and iOS 6 platforms have to offer and it’s only time for Google to unveil its upcoming Jelly Bean OS. The latter firmware was recently spotted on a Google Play listing for the Galaxy Nexus smartphone bearing an Android 4.1 branding.

The news first broke out through the XDA forums where a member stumbled upon the page while comparing the price of an unlocked version of the specified handset. The guys over at Droid Life managed to snap up a screenshot which indicates that the upcoming mobile platform from Google will carry the Android 4.1 branding. What’s more, the checkout page for the device states that ‘the latest smartphone from Google is soon the first phone with Android 4.1 Jelly Bean.’ 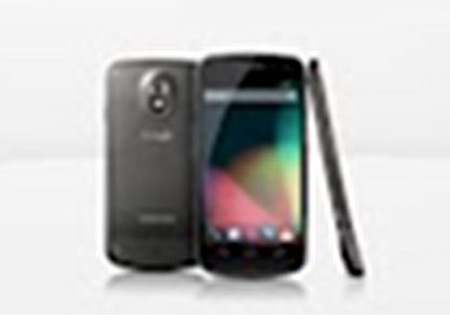 Well, this brings up a few questions. By stating ‘soon,’ could this indicate that the platform will make its debut at the Google I/O event? Also, this somewhat confirms that the Galaxy Nexus will be the first smartphone to run on the new OS. So will the Mountain View-based giant move forward with this device in the front-line or will it unveil a new flagship handset? All these answer are likely to be obtainable at the Google I/O 2012 pegged for June 27 in San Francisco.

It’s safe to assume that devices bearing similar specifications to the Galaxy Nexus should be compatible with the Android 4.1 or Jelly Bean OS. Apart from the software, Google might even reveal its Nexus 7 tablet that’s been in the rumor spotlight for a few months now.