JDX S7100 Android tablet flaunts a bit of everything 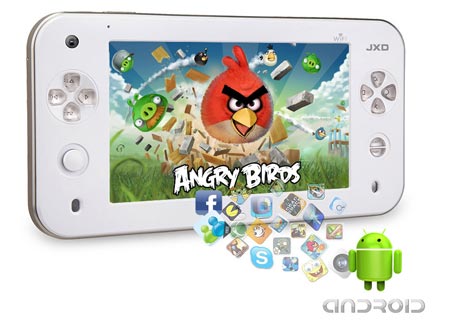 In a scenario where fairly newer technologies cater to the classics, the JDX S7100 Android tablet recently made a break for it with a set of offerings that some may call pleasantly familiar. This device hosts a few elements that can be traced to existing consoles and it comes with capabilities of playing old school arcade games too.

Well, the company seems to take pride in clearly stating out its new gadget’s capabilities. Games based on various platforms and systems such as Apple’s iOS, Android, Sony, Nintendo, Sega and classic arcade styled ones are amongst the tablet’s offerings. And to back these up, the hardware aspects seem reliant. The guys over at The Verge report that this two-in-one handheld comes equipped with the Android 2.2 OS and is powered by a Cortex A9 processor, 512MB of RAM and a Mail 400 GPU for graphics rendering. 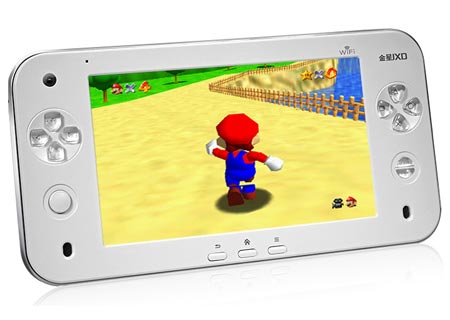 With Froyo buckled up in the driver’s seat, the tablet arrives with Wi-Fi b/g/n abilities and a host of applications such as MSN, Facebook, Skype and much more. For gaming, it sports a D-Pad and face buttons along with titles such as Metal Slug, Fieldrunners, Fruit Ninja, Mario Kart and Asphalt 5. To provide players with an enriched experience, the device employs a 7-inch capacitive display with a resolution of 800 x 400 pixels. Other features include a 3.5mm audio jack, USB 2.0 port, HDMI output and battery life that’s said to provide around 4 hours of web browsing or 10 hours of music playback.

The JXD S7100 Android tablet price reads at $139.99, according to the report. Information on availability hasn’t been disclosed by the company for the moment.