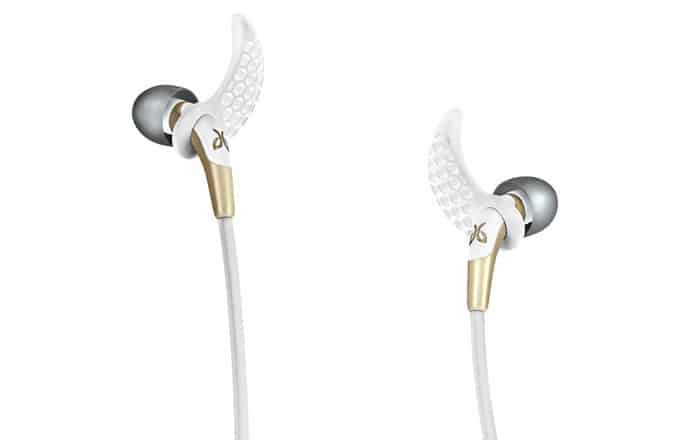 At first glance, the most eye-catching element of the Freedom earbuds is its shiny new metal construction. Earlier products by the brand had been made out of plastic, as are most earphones due to concerns with Bluetooth signals dropping. Jaybird has done away with this problem by placing the technology in the remote instead of the in-ear buds.

Other than the obvious style improvements, Jaybird also claims the metal helps in the removal of distortion. Another area which the company has worked on is battery life, a crucial aspect for the success of any wireless headphones. It asserts that the device can play music for over 8 hours.

Broken down, that’s 4 hours of the Freedom’s own powerhouse unit and 4 additional hours courtesy an included charging clip which can be attached to the gadget’s remote. It’s a neat solution for situations where the battery is down to its last dregs and the user doesn’t have the time to recharge the earphones.

Jaybird also claims that its new ear buds are its smallest ones ever. It’s implemented a streamlined universal over/under secure ear-fit system which apparently ensures that the device doesn’t fall out during heavy-duty activities. This is possible thanks to the brand’s Secure-Fit Ear Fins which come in 3 different sizes.

The Jaybird Freedom Wireless Bluetooth Buds are up for sale now and can be bought via the company’s site. It’s been slapped with a $199.95 price tag, considerably more than the previous variant’s $149.95 cost.