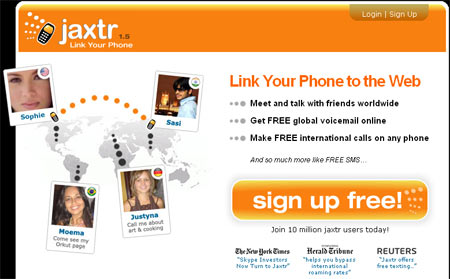 Jaxtr has introduced low cost mobile calling facility with out-of-network. Jaxtr is allowing its members to call anyone across the globe for lower rate. Jaxtr claims that their rates are even lower than rates offered by most calling cards. Besides, Jaxtr Out-of-Network calls eliminate the hassle of access and PIN numbers required by calling cards.

“Making international calls to friends, family, and business colleagues on your mobile phone has never been cheaper or easier. With jaxtr, it’s just like calling a friend down the street,” said Konstantin Guericke, CEO of jaxtr. “You simply dial a local number on your mobile, press the green talk button, and your friend’s phone rings overseas. You’ll never have to hassle with the inconvenience of calling cards again.”

With the new facility members can use their credits, called “jax,” to call non-members. While Jaxtr offers free in-network calls to its members.