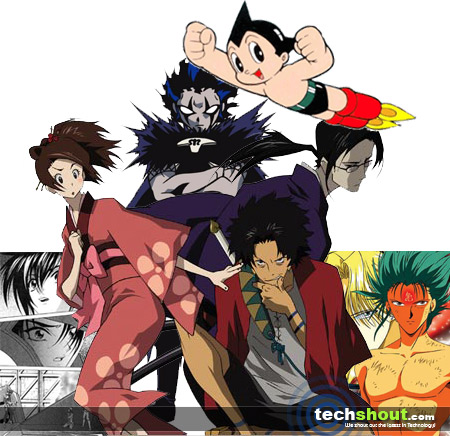 Manga, the Japanese translation for comics and print cartoons has become a huge phenomenon in itself much like Anime. In fact, one could say that Manga and Anime are two sides of the same coin.

Several Anime have been developed into Manga comics. Sometimes, and more often the case, Manga comics are created into Anime. A perfect example could be the Naruto Manga that was later adapted into an Anime series, movie and even a number of video games.

Now, since these comics tell a story and are indeed very enthralling, you might have reason to think that people have large Manga comic collections. And they sure do.

But, in India, if you ask any Anime/Manga enthusiast whether they buy such comics to add to their already huge Manga collection, the answer will be negative. The only reason is that Manga comics are not widely available at an affordable price out here. Thus, readers find it hard to shell out money to pick up a copy each time they lay their eyes on a new and exciting comic.

Well, now all you Manga fans in India have a good reason to rejoice, as Chuang Yi, a Singapore-based company that deals in Manga has tied up with Sterling Publishers to make Manga comics available at affordable prices in the Indian market. Of course, they will be easy-to get your hands on as well.

Chuang Yi also has a Manga Forum for Anime/Manga enthusiasts to share their views and it sure is a great platform for like-minded people with similar interests to come and discuss what they like talking about the most i.e. Manga/Anime.

We bring you an exclusive and very informative interview with Mr. Rony Neo, Chief Operations Officer, Chuang Yi. Neo tells our readers all they need to know about Manga comics. He also speaks about the company’s goals for the Indian market amongst many other important details that are sure to get you all excited.

TS: What is Manga?

Rony Neo (RN): Manga, quite literally, means Japanese comics and print cartoons. Outside of Japan, it refers specifically to comics originally published in Japan, or works derivative of the style, most of which are illustrated in black and white screen tones, unlike American comics which tend to be in color.

TS: According to you, which are Chuang Yi’s most popular Manga comics?

TS: Which Manga comic titles does Chuang Yi plan to introduce in the Indian market?

RN: In the year 2006, we had test-launched a kid’s title call Beyblade, our objective then is to better understand the Indian market and to gain experience, which we had achieved.

For the year 2007, we would be officially launching 2 Kid’s titles; Pokemon Adventures and Beyblade in mid-2007, followed by a Shonen (male teen title) and a Shojo (female teen title) Manga.

TS: What price does Chuang Yi plan on selling its Manga comics in India?

TS: What are Chuang Yi’s goals and plans for India?

RN: Our goal is to introduce and promote the appealing artwork, captivating dialogues and the engaging storyline of Manga to readers in India. We want to reach out to Manga/Anime enthusiasts in India and to make Manga affordable and accessible to these readers.

Chuang Yi has firmed up plans to joint venture with Sterling Publishers Pvt. Ltd. to develop Manga and other Kids/Teens publications in India. With Sterling’s experience in children’s publications, local knowledge of the market and strong operations, we are confident that we have a strong partnership that can achieve our goals.

TS: Chuang Yi had conducted surveys on various Anime and Manga forums. What was the response like?

RN: The response has been encouraging. We want to thank all the forum members who gave us their feedback and views. Some of the more interesting feedback we have gathered is:

We wish to assure readers that we will faithfully keep to the authentic Right-to-Left format and black and white artwork style and will price Manga to be affordable and accessible to the market.

TS: What made you decide to enter the Indian market?

RN: We feel that India is a great potential market for Manga. With the growing interest in Anime, growing economy, upcoming retail boom, stronger demands for leisure publications, and other factors, we feel that there is a ready market and demand for Manga.

TS: What special promotions will Chuang Yi be undertaking for the sale of Manga in India?

RN: We will be conducting various events and putting up posters / standee at all the leading stores, bookshops and shopping malls.

TS: Will Chuang Yi’s Manga comics be available everywhere in India or just in certain states?

RN: Our Manga will be available at all the leading and small bookshops & stores across the country.

TS: Tell us a little about your Manga Forum on the Chuang Yi Web site?

RN: Our Manga Forum is a platform for Manga/Anime enthusiasts all over the world to convene and discuss about their favourite topics. It is a virtual community for people to interact, share knowledge and learn. More importantly, it is also a platform for Chuang Yi to interact with the readers and to gather feedback from our readers and improve our services to them.

Currently, our local readers make up for the bulk of members active in that forum, but we do have members from overseas countries like Brunei, Australia, and the Philippines. We’ve even had members from as far away as England and the USA, who got to know of us through their Singaporean friends!

RN: Chuang Yi has and will continue to work with the various stakeholders within the Anime/Manga industry from broadcasters like Animax, home video distributors, merchandisers and others as we all share a common interest. We look forward to the opportunity to collaborate with Animax (India) to promote Manga and Anime because many Manga and Animax share common roots and a person who watches Anime would most likely read Manga too, and vice versa.

It sure is great to know that Chuang Yi will be retaining the original Right-to-Left format and the black and white artwork that Manga is originally associated with.

The official launch of Pokemon and Beyblade Manga comics will take place around mid-July. Also, the Pokemon Manga comic unlike others will have a left to right reading format. Stay tuned for exciting Manga comics will be coming to a store near you in India!