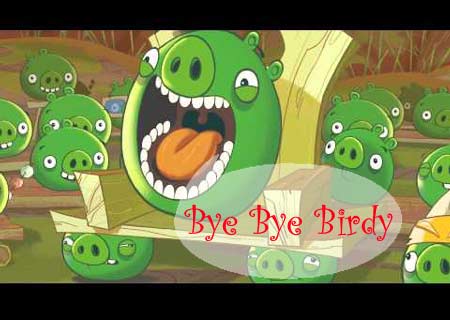 The tables have turned and it’s the Angry Birds that appear to be the target in an upcoming game from Rovio, states a report. The rumored title apparently takes on a setting where gamers will play from the perspective of the pigs instead of the feathery critters.

Over the past few years, the game has enjoyed much popularity, with new levels being frequently rolled out for the series. With 3 main releases such as Angry Birds Seasons, Rio and Space, along with the web-based Heikki as well as Friends editions, the gameplay as we know it might just change altogether. Rumor has it that Rovio’s new title will get players defending the stolen eggs captured from the feisty little critters.

The game is expected to feature a catapult as well as the wooden and stone structures which appear throughout the franchise. Additionally, the developer plans on introducing a new catalog of pigs. And to make it even more exciting, they’re likely to have super powers, strengths and skills of their own. So this could basically mean that players will have to catapult the little green hogs at the furious birds in order to defend the stolen eggs.

If the claims made by the guys over at Pocket-lint of having seen ‘pictures of the app in action,’ are to be believed, we might most probably see this particular Angry Birds game arriving sometime before Christmas. At the moment, there isn’t any official word on what Rovio plans to call the upcoming title. But who’s to say we won’t find out in the days to come?