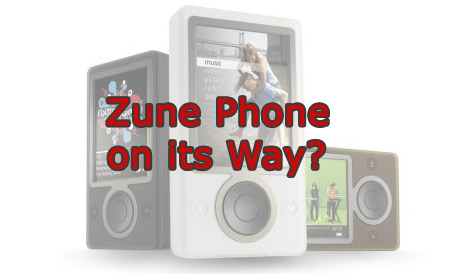 Microsoft Zune phone rumors are not new, soon after the launch of Apple iPod, Microsoft had introduced its Zune media player to challenge the Apple’s iPod music player. Hence many people expect Microsoft to roll out a Zune phone to take on the popular iPhone.

Now subsequent to iPhone 3G, the speculations of Zune phone being in the works have emerged once again. According to the jkOnTheRun blog, the upcoming Zune phone will feature Windows Mobile 7 operating system.

Apparently the Windows Live Services will be another key features of the phone, say rumors. It is also speculated that the new Zune Phone will sport touchscreen interface like the iPhone.

As of now Microsoft has not commented on the ongoing speculations. If the Zune phone indeed comes out, it will be interesting to see if it can compete with the revolutionary iPhone.