Microsoft’s start to 2015 has mainly been budget-minded Lumia smartphones and it looks like the company isn’t done with announcing new super affordable releases. The Redmond giant has put up a teaser on the official Lumia Conversations blog hinting that it will reveal something on March 19.

The post doesn’t exactly say that there’s going to be new hardware or even a smartphone, but it vaguely suggests so. The image reads ‘how much goes into a super-affordable Lumia?’ with the title saying ‘The Lumia story continues.’ Microsoft doesn’t say anything more, but it also will not keep us waiting as it will announce whatever it has up its sleeves as soon as tomorrow. 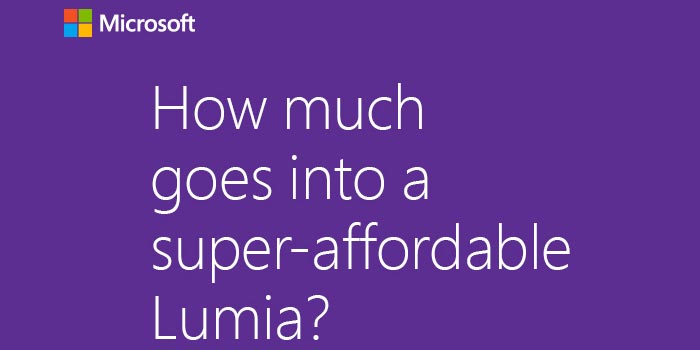 As you probably know, Microsoft has refreshed almost all of its previous smartphone series, expect for launching a new flagship and we also know that a new top-tier phone isn’t going to arrive until September. But there is still one device in the rumor mill awaiting official recognition, the Lumia 1330.

This phone will basically be the successor to the Lumia 1320 mid-range phablet. A Lumia 1335 model is also said to be in the works which will probably be a variant for specific markets. Additionally, this handset could get released with a PureView main camera.