Is DayZ cross platform compatibility something that would affect your buying decision if you were thinking about trying out the game? If yes, then we’re about to provide you with detailed information about this title and everything related to its cross platform support in 2022.

Few first person survival games have enjoyed the kind of journey that DayZ has had. Did you know that it didn’t even start off as a game? Yes, the game was initially launched as an unofficial mod for the game ARMA 2.

This mod has been available since 2013 and was created by an game developer named Dean Hall who got the idea of developing it while he was serving as a soldier in the New Zealand Army.

The main concept is to place multiple players in a post apocalyptic world where a mysterious plague has infected most of the population, turning people into violent zombies.

In this case, a fictional post-Soviet Republic of Chernarus acts as the game’s environment. The zombies, or rather the “infected”, are the result of a mysterious plague.

Like in many other survival games, players must now try to survive this harsh environment by scavenging for supplies while killing or avoiding both zombies and other players.

READ: Is Ark Cross Platform Enabled? [Yes, And Here’s How]

The popularity of this mod grew over the years in such a way that Hall was employed by the studio behind ARMA 2 (Bohemia Interactive) and started working on a standalone release of the mod.

The game was then launched for Windows PC in 2018 following a five-year-long early access period. It made its way to the PS4 and Xbox One the following year.

Unfortunately, DayZ does not support cross platform gameplay in 2022. You cannot play DayZ with or against anyone who doesn’t own it on the same platform as you do.

This might discourage many from getting into the game, but that’s how things are for the time being.

We’d advise you to still try out the game as it’s still extremely enjoyable even when played with people you don’t know. 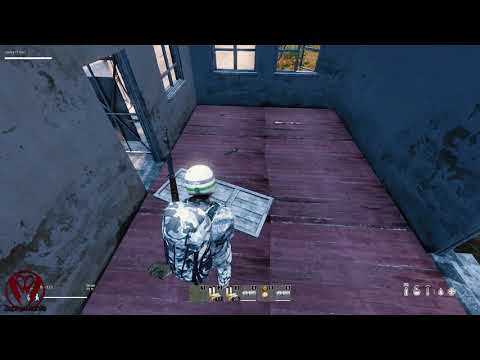 Yes indeed, DayZ is completely cross gen supported. That means anyone who owns the game on the PS4 can play DayZ on the PS5 at no extra cost.

The same goes for the Xbox One and Xbox Series X/S. That is because both the new-gen gaming consoles are completely backwards compatible.

So when you fire up the game on a PS5 or an Xbox Series X/S, you are essentially playing it on a PS4 or a Xbox One, respectively.

This also means that cross play is supported between those on PlayStation console players and those who own it on Xbox consoles.

Is DayZ Cross Platform Between:

The game has so far not been released on the Nintendo Switch consoles. Plus, Bohemia Interactive hasn’t said anything about a possible release of the game on the said platform.

So the answer to the question “Is DayZ cross-platform in 2022 between the Nintendo Switch and PC?” is a big no.

Despite both being Microsoft’s platforms, Xbox and PC don’t support cross play with each other.

If you bought the game for the Xbox One, for instance, you won’t be able to play it with or against anyone who owns it on PC.

PS4 and Xbox One?

Very few games support cross play between the PS4 and the Microsoft console and DayZ is not one of them.

You cannot play it with someone who doesn’t own it on the same console as yours.

Again, the answer is no. Neither the PS4 nor the PS5 supports crossplay with PC.

We know of many DayZ players playing the title for years who would love for this to become a reality, but it doesn’t look like it’s going to happen anytime soon.

There’s no question of cross-platform play being supported between the Switch and PS5 versions of DayZ since the game has not yet been released on the Nintendo platform.

Even if it does come out for it in the future, we wouldn’t pin our hopes on both the gaming consoles supporting cross platform gameplay.

Yes, cross-platform play is indeed supported between these gaming platforms.

As we’ve said before, DayZ is a cross gen game, which means you get to play its PS4 version on the PS5 and that enables you to enjoy multiplayer gameplay across these two platforms.

There is no mobile version of DayZ available right now; neither on Android nor on iOS.

That leaves no question of any kind of cross-platform play between these two platforms being doled out for it.

Are The Community Servers Cross-Platform?

No, none of the community servers for DayZ support cross platform play.

If anyone wishes to play together on the same server with their pal, and their friend plays on different gaming consoles like the PlayStation or Xbox, both will have to choose one of those gaming platforms and stick with it when connecting to the game’s servers.

Will It Be Cross Platform In The Future?

Cross-play is currently not planned.

Through Twitter, DayZ devs have regularly been responding to fan queries about the possibility of cross-platform play being introduced to the game in the near future.

In a tweet from May 2020, the developers had made it clear that no such feature was being planned by them.

It does not and will most likely not have such a feature in the near future.

In another tweet though, they managed to raise at least a few hopes. Instead of explicitly saying that the title won’t get such a feature in the future, the devs wrote that it will “most likely” not have it.

That has given some DayZ fans hope, but nothing more on the matter has been heard ever since.

Why Are Game Studios Not Allowing Cross-Platform Play?

There are four practical reasons for the same:

Can I Play Against Friends On Different Platforms?

The answer is a yes and a no. If the console version of DayZ is played between a PS4 and a PS5, or between a One and a Series X/S, you can indeed play against your friends.

However, no other combination of different platforms works this way.

DayZ would have been way more popular among gamers if it had supported cross platform play. But there are several reasons, including the ones we’ve listed above, that prevent developers from taking this route.

Let us hope more companies stop doing in the future and allow people to play the same game with or against each other irrespective of the platform they are on.