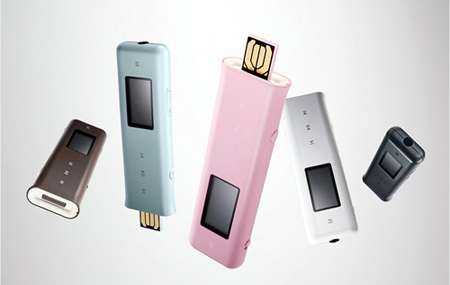 iRiver has shipped its Volcano T7 DAP MP3 player in Korea. This player was earlier shown at the CES 2008.

The Volcano T7 is a plug-and-play device and can be easily plugged into the computer featuring USB 2.0 port. Consumers can purchase 2 GB or 4 GB versions of the player according to their requirement.

iRiver’s new player will be available only in the Korean market. The 2 GB player is priced at 59,000 Won while the 4 GB model can be purchased at 79,000 Won.

Besides the storage capacity, users also have a choice amongst five colors. The color choice can be made in white, black, pink, blue or chocolate. There is no information about the availability of the Volcano T7 player outside the Korean market.