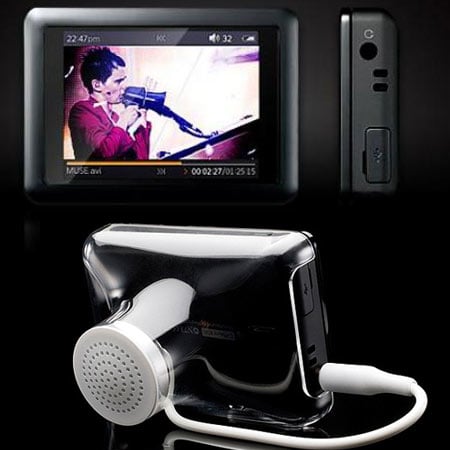 iRiver has announced the availability of the Lplayer PMP in Korea. Earlier this year, the Lplayer was showcased at CES 2008.

Lplayer features the d-click user interface hence there are not many visible buttons. That is the reason why the Lplayer has a clean look. Further it features a transparent speaker dock.

The Lplayer measures 60x43x13mm and will be available in various storage capacities such as 2GB, 4GB, and 8GB.

Sadly, as of now the iRiver Lplayer is available only in Korea at the price of 93,000 WON.