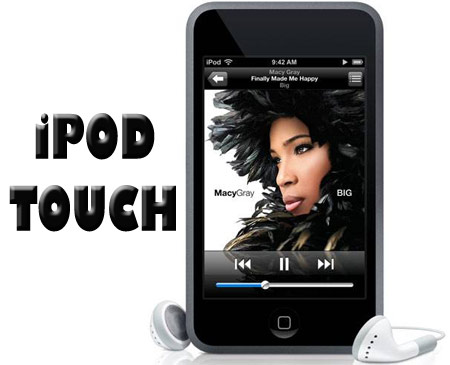 For a week now, speculation was rife regarding the possible release of Apple’s next-generation widescreen iPod and everybody in the media was looking forward to a special Apple event. Well, today, all rumors have been laid to rest as the company unveiled a new iPod that has been modeled after the iPhone.

Known as the iPod Touch, this new addition to the iPod family sports a number of new features including a touch-sensitive screen, wireless Internet access and even a built-in Safari Web browser.

The iPod Touch is less than a third of an inch thick. You can store photos, music, videos and other digital data on it.

What’s more; the iPod Touch features the same 3.5-inch touchscreen display as the iPhone on which light finger touches allow the user to scroll through menus. To resize images, you would have to use two fingers.

The only thing that sets the iPod Touch apart from the iPhone is probably the ability to make or receive phone calls.

At the special Apple event, head honcho Steve Jobs also announced a new wireless version of iTunes and a partnership with coffee chain Starbucks to promote WiFi music downloads in its stores.

Using the newly unveiled iPod Touch, users will be able to download songs wirelessly. Eventually, the company plans to let people sample and buy digital tunes from any Starbucks in the US that offers WiFi Internet access.

The 8GB iPod Touch version costs $299 in the US, while the 16GB version costs $399. This next-generation iPod will be shipped worldwide by September end.