iPod nano touch concept wants to be taller like before 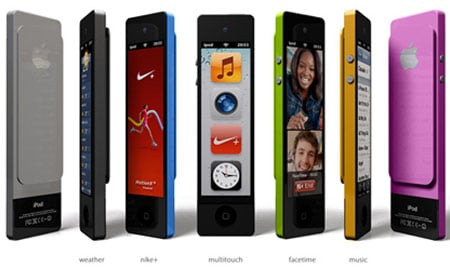 The iPod nano touch concept intends on giving Apple’s nano music player range an extended avatar and maybe even making it smarter. The title of this device hints at bringing together features of the iPod touch and the mini music player into a single gadget. And it plans on doing so with minor twists. So Apple fans can run through what this new concept has to offer in terms of the amalgamation of the two popular gadgets.

Given that that the concept refers to an extended version of Cupertino’s current offering, it goes without saying that it’s most likely to house and deliver more features as well. The designer also desires to throw in Wi-Fi and a front-facing camera for FaceTime amongst other attributes. The device will come with various applications such as music, radio and images as well as podcast. Furthermore, it takes to displaying the weather status and even recording Nike+ exercise results.

Designer Enrico Penello, states, “this concept shows a bigger clip on the back side, a lower black part containing the WiFi antenna, central home button, side volume buttons and on/off top button, making this device really close to our everyday iPhone.” 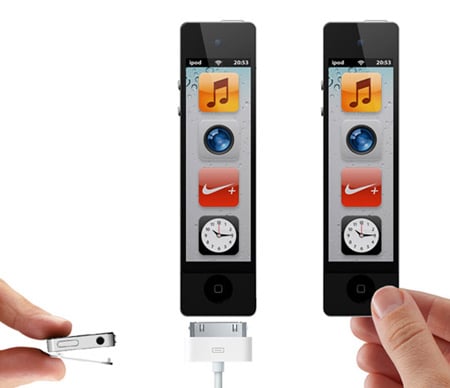 The clip from the original nano is still intact, which naturally has been extended to match the concept of the elongated variant. A post on Yanko Design reveals that this music player will feature home, volume and on/off buttons that are the same as the ones seen on the iPod touch.