Future iPhones, iPads, MacBooks may wirelessly charge each other 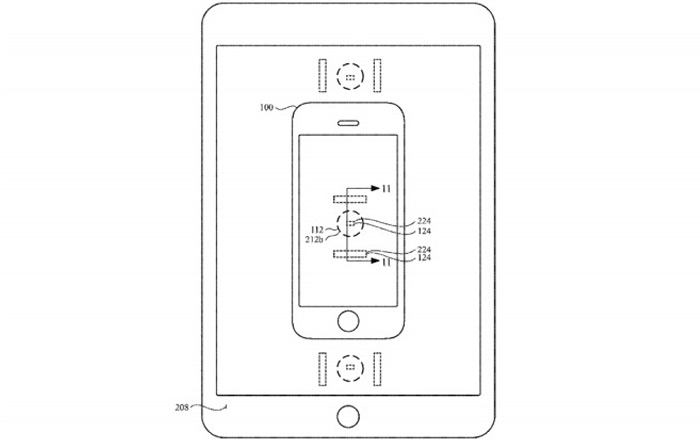 Apple joined the wireless charging brigade in 2017 with the iPhone X and iPhone 8, but it did this in the most conventional way possible – placing the handset on top of a charging pad. A new patent application shows that the company is thinking of more innovative methods for the future.

Apple’s patent is for “Inductive charging between electronic devices.” Basically, you’d be able to wirelessly transfer power from one Apple product to another, no charging pads involved. For instance, you could place your drained iPhone on top of an iPad and have the latter recharge the former.

This is a brilliant solution and could easily be a game changer for Apple. You’d no longer have to carry out a charger wherever you go. Plus, it would be an easy way to provide a boost without having to hunt around for a wall outlet and then wait as your device slowly gains charge.

Apple’s patent has a different way of using inductive charging coils. Instead of the current system in which they just receive power, the new tech would allow it to transmit power as well. The company has a couple of sketches to illustrate this like an iPhone being positioned at the center of an iPad’s display with a magnet to keep things aligned. 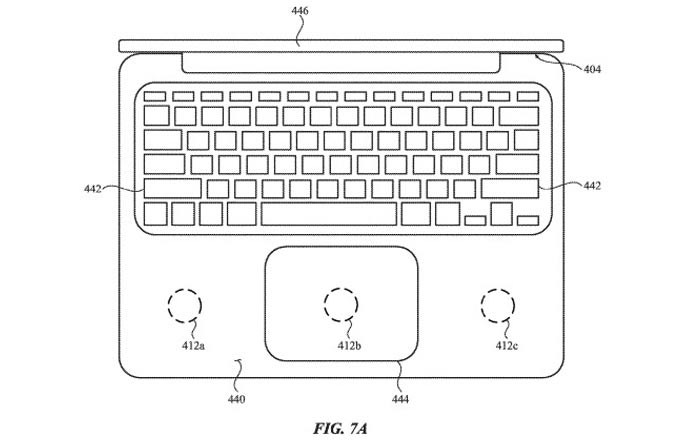 Another picture features a MacBook with charging points on the left, right and center of a trackpad. You could theoretically refuel multiple devices on the laptop at the same time, perhaps an iPhone, Apple Watch, and AirPods case. The notebook itself could be plugged in while this is happening.

While all this sounds great as a patent application, we’re still probably a long way off from this wire-free future. Apple would have to release new MacBooks and iPads with induction charging support, plus all the software that comes with such a complicated cross-device arrangement.

Also Read: Apple dumps Qualcomm, will only use Intel modems in 2018 iPhones

Apple is having trouble even making the yet-to-be-released AirPower charging mat due to its complex inner workings. The brand will probably be keen on tackling that first before moving on to even more complex wireless charging systems.