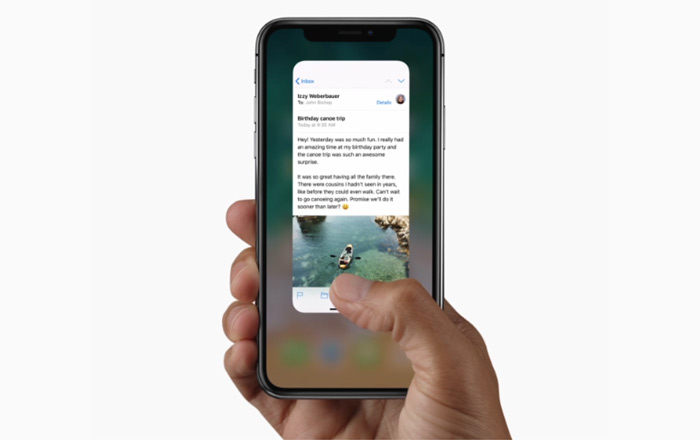 The iPhone X has been hit with its first major controversy in the week since it became available across the world. Several owners have found that the handset becomes unresponsive when it’s cold out, a major issue for anyone who lives in chilly conditions.

The problem started gaining steam when a Reddit user talked about the issue in a post, detailing how the iPhone X’s display became very unresponsive the moment he stepped outside. He says he tried to swipe on websites, but the screen didn’t register his finger.

Fellow iPhone X users responded by backing up his claims and adding that locking and unlocking the screen resolved the problem. Others speculated that the change in light from indoors to outdoors could be the reason why the device was freezing up. It uses an infrared camera and ambient light sensor, new parts which might be interfering with normal processes.

Also Read: Drop test shows the iPhone X is the most breakable iPhone ever

Apple itself has a dedicated support page on the topic of temperatures, informing iOS users that the ideal range for their devices is 0 and 35 degrees Celsius or 32 and 95 degrees Fahrenheit. If a person is an environment below the limit, their iPhone’s battery life could get shortened before eventually switching off. This is supposed to be rectified once they’re in ambient conditions.

This isn’t quite what iPhone X owners are facing though, which is probably Apple has been quick to respond to their complaints. It told The Loop that it was aware of the issue, stating that the screen temporarily becomes unresponsive to touch when there is a rapid change in a cold environment.

Apple says the display becomes fully responsive after several seconds. It’s still planning to address the issue in a future software update, good news for current and potential buyers who wouldn’t want a dead iPhone in their hands every time they ventured outside.