The Google Pixel 3 XL has been out for a while now, meaning it’s time for comparison videos to start pouring in to help you decide if it’s worth your money. One such video by PhoneBuff pits the device against the iPhone XS Max, testing how long it takes for the handsets to open and then reopen a fixed set of apps. 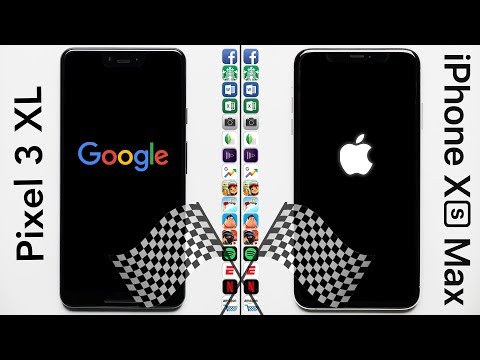 Turns out, having a faster CPU makes a big difference since the iPhone XS Max was easily able to beat the Pixel 3 XL. The Google phone could keep up at first, but slowly started lagging behind the Apple device. The gap became so considerable that the Pixel 3 XL finished the first round within 1 minute and 46 seconds and the iPhone XS Max within 2 minutes and 2 seconds.

The second round involved going backwards and restarting the same apps. The iPhone XS Max blazed through this test within 44 seconds. This is where the Pixel 3 XL really became slow since it took over 1 minute and 33 seconds to get to the finish line.

There is a reason behind this lag – poor memory management. Pixel 3 owners have been complaining about this online, pointing out that the device can only keep about 2 or 3 apps in memory before reloading them. You can see this for yourself in the video above since the smartphone has to reload most of the apps it had just opened.

4GB of RAM just doesn’t seem to be enough for the Pixel 3 XL. All Google can do at this point is reduce the aggressive memory management in the phone through a software update.