The iPhone XS and iPhone XS Plus got leaked in an all-new gold color option last week, offering the first good look at the smartphones Apple is planning on unveiling on September 12. Naturally, this has led to a few folks making renders of their own to predict what the company is coming out with.

YouTuber ConceptsiPhone is among them, releasing a concept video based on the leaked iPhone XS and iPhone XS Plus. The video shows off the phones from quite a few angles, imagining itself as an official Apple ad for the handset. The devices look very similar to the iPhone X, with glossy bodies and steel frames. 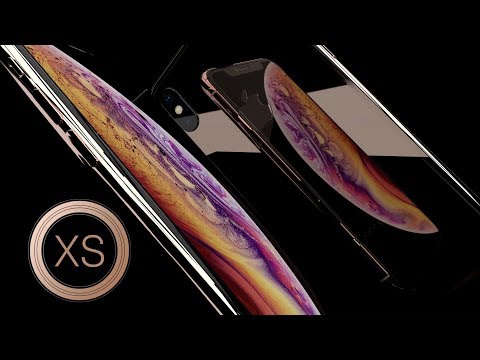 One interesting thing to note is the wallpaper seen on the iPhone XS. While many assumed it was a planet, some say it’s actually a close-up shot of a bubble. Apple probably has several others planned and will bundle a few or all in iOS 12 for everyone.

Apple is apparently even considering dropping the ‘Plus’ moniker from its biggest iPhone since this might create confusion between the 6.1-inch and 6.5-inch models. There’s no doubt folks might be a bit confused with this year’s lineup, especially since all three look so similar.