We’ve seen plenty of leaks centered on the next slate of iPhones, including a few mockups. Here with his own set of dummy models is tipster Shai Mizrachi who shared his leak with 9to5Mac in the form of a video and photos.

The dummy units don’t suggest anything radically different from what’s been rumored before, but it’s nice to see the 3 potential iPhones pictured side-to-side for comparison’s sake. Mizrachi doesn’t disclose who his sources are, but he has shared accurate leaks in the past. 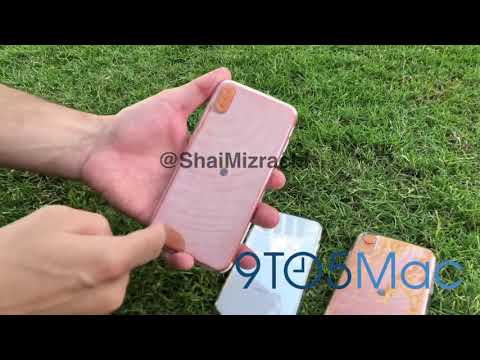 The mockup on the extreme left is supposed to be the giant 6.5-inch iPhone X Plus. Mizrachi compares the device to the iPhone 7 Plus in the video. Both are about the same physical size, even though the older handset has a smaller 5.5-inch screen.

Interestingly, there are 3 cameras at the back of the iPhone X Plus. Some have said the phone will be getting blessed with a trio of lenses, but others believe it might be too early for Apple to switch to a triple-camera setup.

Then there’s the 6.1-inch budget iPhone X in the middle. It’s got a single camera at the back, much larger than the ones we’re used to seeing on iPhones. Its front is said to be occupied by an LED panel to keep costs low. A recent rumor claimed it would start somewhere between $600 and $700.

The phone at the end is the current iPhone X. The 2018 version of it is expected to look exactly identical. It even has the same 5.8-inch OLED display, making it the smallest of the 2018 bunch. It’s also set to be a bit cheaper this year. Nobody knows for sure by how much, but it could just drop by $100 to $899.

This would allow the iPhone X Plus to become 2018’s $999 iPhone. That’s much more suitable given its huge size and extra perks.