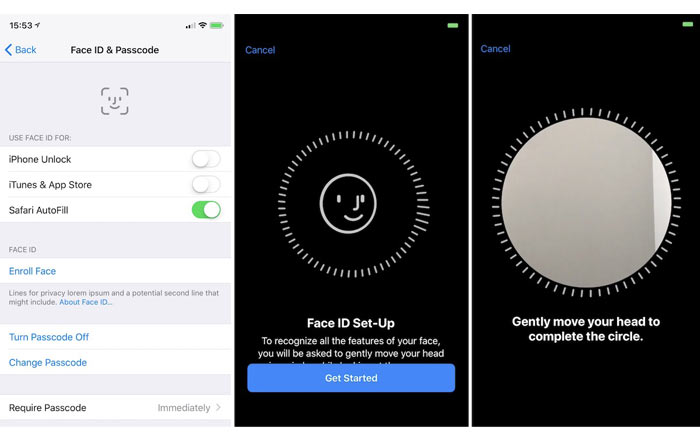 The iOS 11 GM leak seems to be the gift that keeps on giving, with several new features uncovered by sleuths over the weekend. First of all, it appears Apple will be calling its tenth anniversary iPhone the iPhone X after all.

Developer Steve Troughton-Smith found evidence for this in strings of code which link the name iPhone X directly to the codename D22. He even found references to the iPhone 8 and iPhone 8 Plus, solid proof that the brand plans to skip the ‘S’ generation and forge ahead with a new number series.

Meanwhile, developer Guilherme Rambo has discovered how exactly Face ID will work. He tweeted the set-up page for the new feature, a procedure which involves moving your head around to complete a circle. Once this is done, you’ll be able to use it for unlocking the handset, Apple Pay, App Store, iTunes, and Safari AutoFill.

Authenticating with FaceID looks like this (timing not correct because it's just the UI, not actual auth) pic.twitter.com/kvNUARDQBJ

Rambo even posted a video of himself authenticating with Face ID, although he notes this is just the interface and not the actual process. The timing isn’t perfect as a result, plus he’s not sure whether there will be a camera preview in the actual iPhone X.

Specs-wise, Troughton-Smith claims that the iPhone 8 will pack 2GB of RAM, while the iPhone 8 Plus and iPhone X get to play around with 3GB of RAM. Apple’s next-gen A11 Fusion processor is set to feature 6 cores, up from the 4-core A10 Fusion SoC. The newer version might be made up of 2 high-performance Mistral cores and 4 high-efficiency Monsoon cores.

Finally, the iPhone X is set to carry a pair of 12MP dual cameras on its back which are up to the task of shooting 4K video at 60fps and 1080p footage at 240fps. The selfie snapper might boast of a 7MP resolution and record 1080p at 30fps.