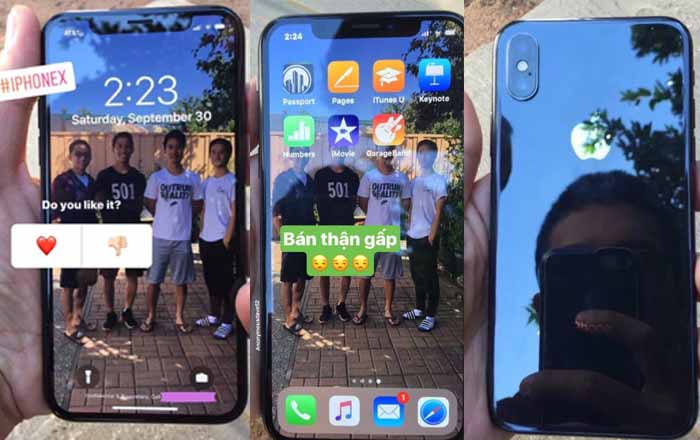 The iPhone X is still a bit of mystery in spite of getting launched last month since Apple hasn’t made the phone available to the public yet. That’s only going to happen in November when the handset will go up for sale after a hefty delay, and even then it’s expected to be in short supply.

It seems one lucky guy has managed to get his hands on the iPhone X before anyone else. He recently posted 2 videos of the handset to Reddit, showing off both the space grey and silver color options. One video sees him turning around the second in his hands, showing off the handset from all angles.

Interestingly enough, the iPhone X in the footage appears to have a never-before-seen dynamic wallpaper featuring red bubbles. These are expected to be exclusive to the device, set apart from Live wallpapers by the fact that users won’t have to 3D Touch the screen to get them moving.

Another iPhone X in the wild from apple

The padlock above the time shakes at one point, either indicating that the person shooting the video isn’t the owner or he was moving too fast for the Face ID sensors to capture his face. The anonymous poster claims that the video was uploaded from California, so he probably knows someone who works for Apple or is an employee himself.

The iPhone X in the video is connected to AT&T’s services, so it was very likely shot in the US. The second Reddit post is less of a video and more of a series of still images depicting the space grey variant. Both the front and back can be seen, showing off the all-glass design and steel band.