iPhones have traditionally inspired hundreds of Android copycats, and the iPhone X is no exception even with its divisive notch design. A small Chinese company called Leagoo is looking to lead the pack this year with a handset which it’s calling the S9 for some reason, perhaps in an effort to confuse/attract Samsung fans.

The S9 isn’t actually out yet, but a couple of images of the handset have surfaced online. Leagoo has left no stone unturned in its quest to imitate the iPhone X, copying its minimal bezel look, notch, icons, and wallpaper design. The only major difference which can be made out is the slightly thicker bezels at the bottom.

Flipping over to the back, the S9 has the same glass and aluminum fusion design and vertical dual cameras. There is a fingerprint sensor on the rear though, which can be seen as a blessing for those who’d prefer having some form of Touch ID rather than deal with Face ID. 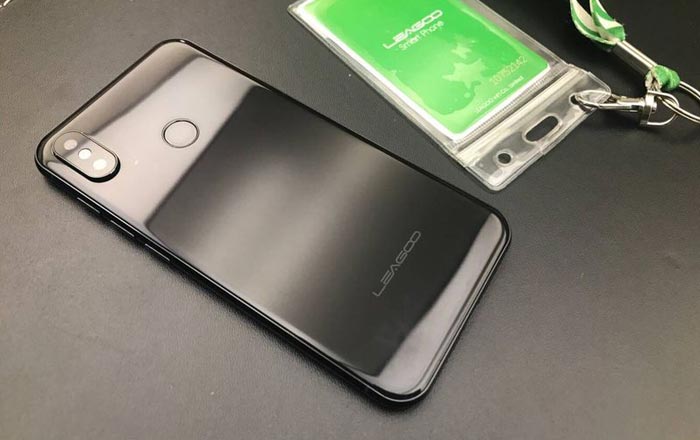 Specs-wise, Leagoo told The Verge that the smartphone packs a MediaTek P40 processor, a 5.85-inch AMOLED screen, 6GB of RAM, 128GB of ROM, and a 16MP + 16MP twin camera setup. You can’t really compare these to the iPhone X of course, but it’s good enough for an Android phone which costs considerably less.

Speaking of, Leagoo plans to price its iPhone X knock-off at under $300 (roughly Rs 19290). It’s an easy buy for anyone who wants to get on the iPhone bandwagon without leaving the world of Android, but it’s not recommended given the typical quality of Chinese iPhone clones.