Airtel has launched 4G mobile services in Bangalore, and the immediate beneficiaries of these fast Internet speeds are users of the iPhone 5S and 5C from Apple. What’s more; there are no particular plans which these customers will have to opt for, as those who’re currently using 3G will receive 4G signals at the same cost.

Whether prepaid or postpaid customers, all you need to do is have your current Airtel SIM cards exchanged with 4G SIM cards, and your iPhones will immediately start offering faster Internet speeds. Although 4G LTE services were being offered in Kolkata, Bangalore and Pune from before, this is the first that they’ve been introduced for mobile devices. 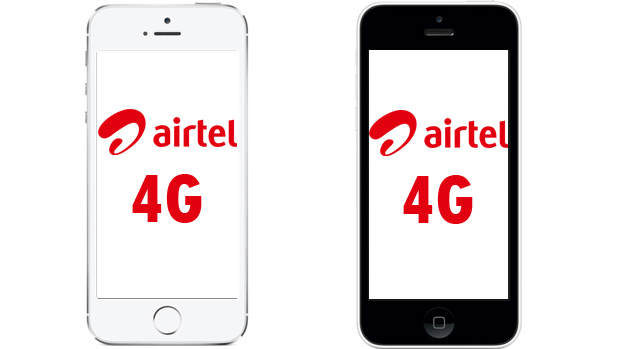 As for the question of why just the iPhones, these are the only smartphones which feature the capability to capture 4G network speeds thanks to their support for the 2300MHz TD-LTE band. The Huawei Ascend P1 model being sold in India is also compatible with the band, if anyone’s interested. Other than these, there are virtually no other mainstream devices in India which support 4G.

Airtel has revealed that the iPhone devices will use 4G for data browsing, whereas voice calls will still be handled by 2G/3G networks with the CSFB (Circuit Switched Fall Back) technology. And for those who wish to go for specific plans, the company has also introduced a new plan offering 10GB worth of 4G data for Rs 1,000 a month.

The seed as they say, has been sown with Airtel having provided India’s first 4G on mobile services. And with the just concluded spectrum auctions for the 1800MHz band, it won’t be surprising to see other network providers jumping the bandwagon this year as well.

Facebook
Twitter
Pinterest
Linkedin
ReddIt
Tumblr
Flip
Previous article
Three to UK customers: Feel at Home in the USA
Next article
BlackBerry customers on T-Mobile get up to $200 when upgrading to a Samsung phone