Just getting the best iPhone contract on the device isn’t enough. Your kids or even you could inadvertently spend money on in-app purchases from your credit card while playing freemium iPhone games on it. Apple has recognized this and has added an iPhone feature which lets you completely turn these off.

You can do that by accessing Settings > General > Restrictions and switching on Enable Restrictions with a passcode. Here, you’ll find the option to turn off in-app purchases. This iOS feature has been around since iOS 4.3 which was released back in 2011 and is not a kink in the latest iPhone versions. 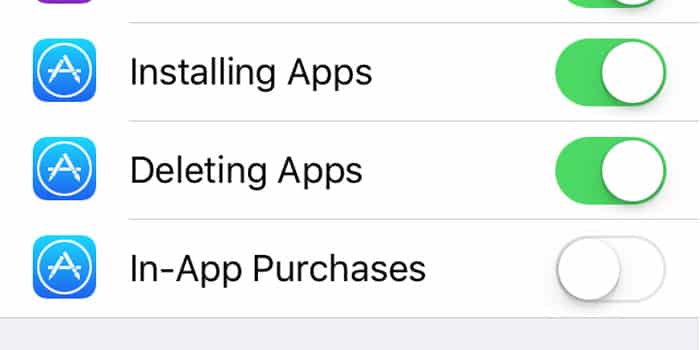 It is relevant now more than ever since various incidents of people unknowingly spending heaps of money on in-app purchases have started popping up. There are iPhone apps and games that are extremely sneaky at grabbing your money as well. Apple does have security mechanisms to confirm your payments before you make them.

But these can easily be overlooked by someone ignorant, especially kids. Last year, a kid from Belgium reportedly bought iPhone apps worth a whopping $46000 via in-app items from a free-to-play game. The parents only found out when they received a massive credit card bill. It’s situations like these that this particular iOS feature helps avoid.