iPhone SE caught on camera in Chinese market, here’s what it looks like [Video]

You don’t have to make do with the usual leaks and rumors any more, even as the iPhone SE has reportedly landed in the Chinese hardware market already. A video has surfaced, which has its host comparing what’s claimed to be the said phone with the iPhone 5S and the iPhone 6S.

As rumoured, this device seems to have taken its design cues from the iPhone 5S. The major difference between the two is the adoption of rounded edges by the SE model, that bring it more in line with Apple’s current design approach.

This 4-inch handset will also apparently feature a small camera bump. While the iPhone 7 is not expected to come with a traditional headphone jack, Apple has been kind enough to let the SE have it. 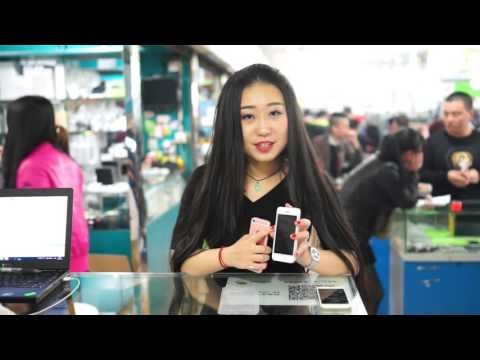 The video you can watch in the space above, comes from a YouTube user named Nick Beeep, and has the host visiting a place called Huaqiangbei in China, which is known as the ‘Silicon Valley of Hardware.’ The sellers were apparently reluctant at first to show the device, but agreed later on.

The supposed iPhone SE does look quite authentic in its appearance, but the fact that the host does not power it up tells us that there could be something fishy to this whole affair. Then again, when has a leak like this not had something fishy in it ever? All we’re saying is that you better add a pinch to salt to whatever you’re making of this new video.

March 21 is when Apple will be holding an event that will apparently see the unveiling of the iPhone SE as well as an iPad Pro model with a smaller display than that of the current 12.9-inch beast. Stay tuned until then.