iPhone Princess Plus, the Most Expensive iPhone ever 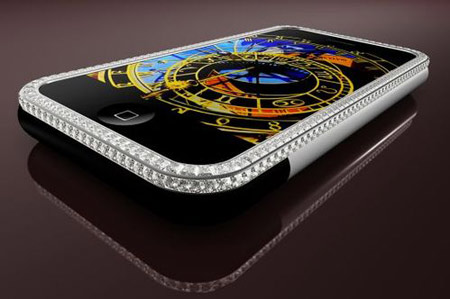 iPhone, a device about which everybody is crazy about. Austrian designer and jeweler Peter Aloisson has redesigned the iPhone with 17.75 carat 318 diamonds. These diamonds are encrusted with 18 carat gold. This device is called iPhone Princess Plus.

Looking at its glittering features, it is clear that the iPhone Princess Plus is the world’s most expensive iPhone as of now. The device costs 120,000 euros.

Also there is a lower version of the jeweled iPhone version with round-cut diamonds, which will be available for 45,000 euros.

You might be wondering who would go in for such an expensive device. But there is a market for this too. A Russian businessman had pre-ordered it in October 2007 and the iPhone Princess Plus was delivered to him in January 2008.