iPhone Prices Slashed in the UK 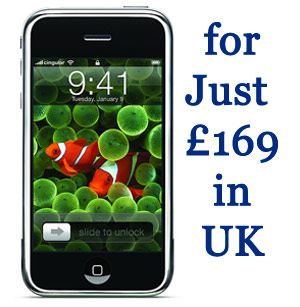 Apple’s iPhone is always been in discussions for one or the other reason. Today once again it is in the news for price cut.

On the other hand, the price of the 16GB model of the iPhone remains same. The 16GB version costs £329.

Do such price cuts indicate the coming in of the 3G iPhone? The highly anticipated 3G iPhone is expected to release in mid 2008.