iPhone is the Key Target for Hackers in 2008, says Security Expert Arbor 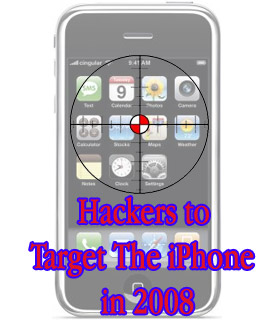 If you are an Apple iPhone, then here’s some reason for worry for you.

Network security and business operational performance delivering firm Arbor Networks predicts that there is a probability of a “serious attack” that could strike the gadget in the coming year, and thus all iPhone owners should be prepared to face the same.

In the reports issued, Arbor stated that it anticipates a number of new flaws to come up that will abuse the iPhone’s multimedia capabilities.

The Lexington, MA-based company issued a statement that said, “Assaults are likely to be in the form of … malware embedded into seemingly harmless information, images or other media that actually perform dangerous actions when rendered on the iPhone’s Web browser.”

Further on, Arbor also maintained that the much sought-after device will continue to be a luring target thanks to the fact that there are hackers who want “bragging rights” for being among the first to attack a new platform.

In addition, Arbor is also forecasting that China will be the key nation from where a lot of illegal hacks will pop up, in the year 2008. Also, there will be a surge of botnet attacks and hacks on P2P networks.

The iPhone is surely not alien to attacks, whether it is in the court of law or on the device’s functioning. In fact, several owners have wanted to alter and customize its’ looks as per their preferences. And then there were hackers who wanted to use the device on other wireless networks. But the latest revelation by Arbor Networks is surely all the more alarming than ever before!