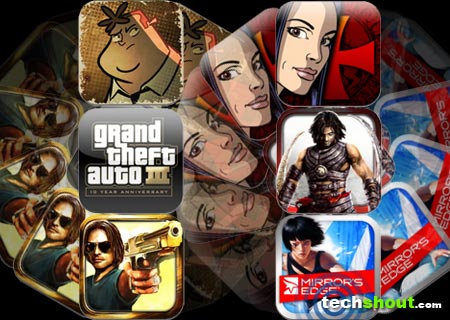 iPhone adventure games allow you to take part in various escapades without having to move from your comfort zone. Fight enemies, run through forests, jump off rooftops, drive like a maniac, solve mysteries and do much more, all through your trusty Apple handset. We’ve lined up a handful of virtual titles that are bound to take you on a journey where peril prospers and evil doers are always up for a good fight. So take a glance at our list and get ready to perceive adventure at its best, portable style. 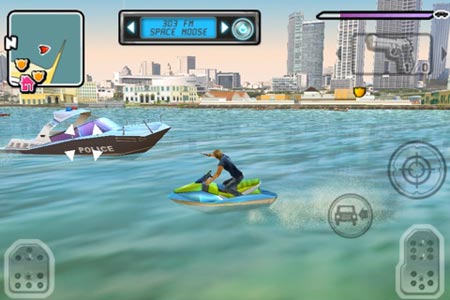 The first option in our array brings in a full-3D crime adventure complete with a deep storyline that screams out revenge. We are talking about Gangstar: Miami Vindication which is set to transport players to Miami. Once settled in, they can then experience what it’s like to live a fast-paced life of a gangster. There are over 75 different missions that require you to escort witnesses, snipe foes, infiltrate gangs, and chase cars. You can virtually experience all the sights and sounds of various places in Miami such as Downtown, the Harbor, the swamps, Miami Bay and Miami Beach. You will also be able to ride across town in various vehicles like motorcycles, cars, jet skies, boats and even a helicopter. Aiding you in your battles against rival gangs is an arsenal of weapons like flame throwers, Molotov cocktails and grenades. But you better stay on your guard as the Miami PD could be hiding around the corner, ready to call for backup from the FBI reinforcements. 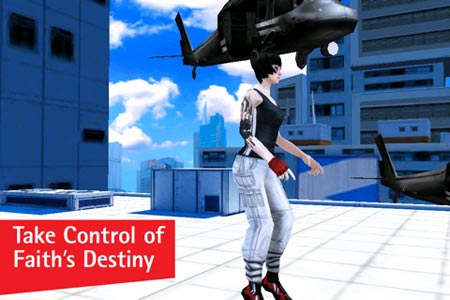 The fun doesn’t just stop at Miami in the Gangstar: Miami Vindication game. Mirror’s Edge jumps into our roster bringing along with it adrenaline pumping gameplay elements as well as loads of action. You are called upon to step into the shoes of the title’s protagonist, Faith Connors who is noted to be an underground ‘Runner’ fighting for a cause. Amidst relentless pursuers and sinister forces that are rampant in the society, you have to make your way through 14 levels of increasing intensity. Players can engage in furious hand-to-hand combat and must think fast on their feet. Adding to the beauty of the title are graphically rich cityscapes, a foot-tapping soundtrack, dynamic camera angles and realistic sounds.

3 – Prince of Persia: Warrior Within 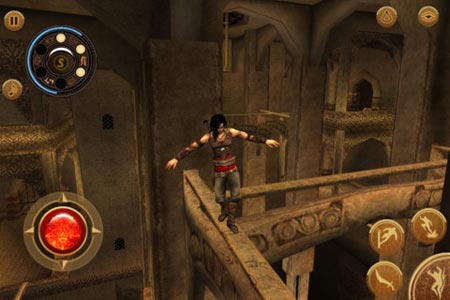 The next game to make its appearance in our list is Prince of Persia: Warrior Within. Needing absolutely no introduction for many ardent gamers out there, this title swings its way to the Apple handset and definitely ensures to bring danger, action and adventure along with it. You can enjoy console-quality gameplay which is spread across 12 chapters that are set in exotic rural places. These areas are simply crawling with enemies hiding at every nook and corner, each with their own unique fighting styles. The cinematic effects and voices, plucked right out from the console version of the game, provide an even more fun experience. Watch your step as the next one you take might just be your last thanks to the sinister traps laid all across the various stages. 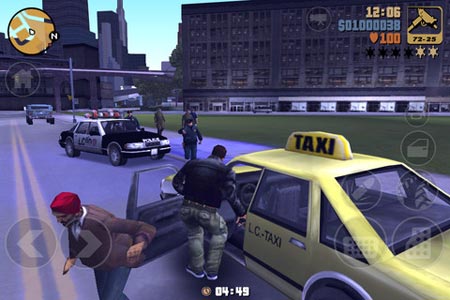 Similar to Prince of Persia: Warrior Within, Grand Theft Auto 3 also emerges from a well-known franchise that has been capturing the fancy of gamers for many years. GTA 3 immerses you into the seedy underworld of Liberty City which is packed with a plethora of characters that come from all walks of life. Since this is an open-world game, you are given the freedom to explore the ruthless universe of crime without any limitations. As the developers of the title reveal, the offering also includes a darkly comic storyline, stellar voice acting and a stunning soundtrack, among other attributes. Furthermore, the gameplay and controls have all been optimized to exploit the iPhone device’s intuitive touchscreen capabilities. 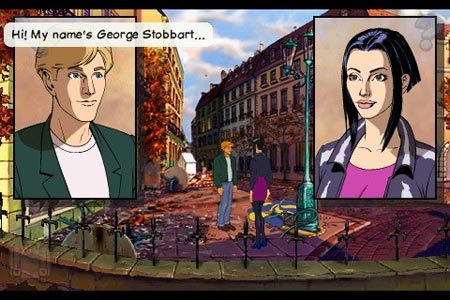 Broken Sword: Director’s Cut is ready to thrill mobile phone owners with its all-time classic adventure that’s sprinkled with a few twists. The storyline features the likes of an intrepid American named George Stobbart and the lovely journalist, Nico Collard as they embark on a mysterious journey which takes them to wonderful places across the globe. You can expect to be endowed with a new intricate narrative thread that’s intertwined with the classic tale. There are interesting puzzles, a rich story and new jokes to avail of in Broken Sword: Director’s Cut. Exploring exotic locations, dabbling in dark conspiracies and solving ancient mysteries are the different tasks that will keep you occupied for hours on end. 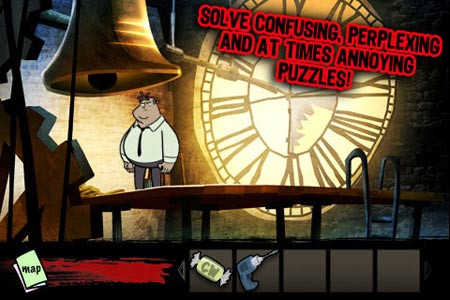 Unlike most of the other apps in our lineup, Hector: Badge of Carnage Ep 1 is definitely not for young children. Only Apple mobile owners above the age of 17 can download the game. Why you may ask? Well, the title allows you to kick a drug addict into a cardboard box, steal a young man’s pair of trousers, enter a porn shop without being embarrassed, hit a tramp with a crowbar and carry a designer handbag. There are 18 locations, 23 witty characters, 397 interactive objects, 40 Inventory items and 2421 spoken lines of dialogue. Cinematic cut-scenes, low action puzzle-solving gameplay and an original score round up the rest of the features stored in this unusual game of sorts.

So after jotting down a few must-have titles for the Apple iPad and Android-powered devices, we have now dished out some really awesome iPhone adventure games for the Apple handset. Do let us know which ones you’ve picked and even enlighten us with your personal choice.