This could be the iPhone 8’s final design

Photos of an iPhone 8 mockup have begun doing the rounds online, with BGR reporting that it’s been built using actual finalized schematics. If true, this would mean that the handset’s design has been decided and the images above and below are close to what Apple will eventually unveil come September.

The alleged iPhone 8 in the hands-on snaps falls in line with almost every rumor about the phone in the past and closely aligns with a previous dummy model leak. There’s no sign of a home button up front and Apple’s clearly stuck to the same 2.5D glass style rather than a more elaborate Galaxy S8-esque curved edge.

Glass appears to be present on the front and back, held together by a polished stainless steel frame. The so-called iPhone 8 seems to be much thicker than its predecessors. Even its dual rear cameras feature a significant camera bump. The photography module may allow for cool new AR features thanks to its vertical orientation. 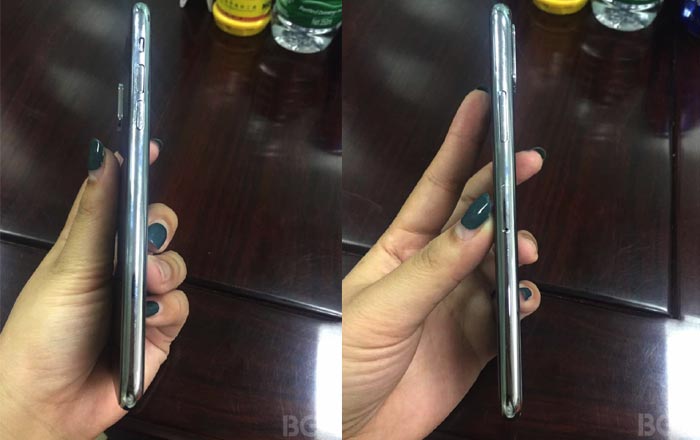 Apple was said to be considering a fingerprint reader on the back of its premium iPhone, but there’s no sign of that in the mockup models. However, BGR states that not all markings are present on the dummy, so the former’s absence can’t be taken as a definitive sign that the company is planning on shifting Touch ID underneath the display.

Anyone holding out hope that the 3.5mm headphone jack will be making a comeback should prepare to feel disappointed since it’s not present at the bottom of the mockup. Interestingly, the power button is considerably longer than usual, something which has been spotted in earlier leaks as well.