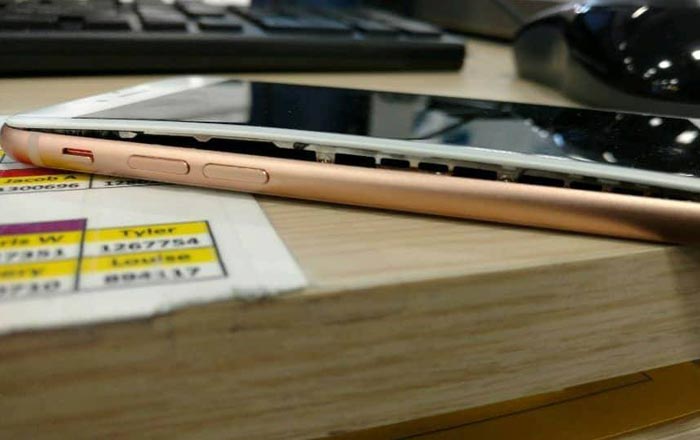 Last we heard, Apple was actively investigating reports about the iPhone 8 Plus swelling open because of the battery. The matter has gotten a lot more widespread since then and has now seemingly appeared in a unit sold in the US, the first time an incident has been highlighted in the country.

To recall, most of the reported cases were from markets like Japan, Hong Kong, Greece, Taiwan, and Canada. A Best Buy employee took to Reddit a few days ago to share a photo (see above) of an iPhone 8 with its display separated from the rest of body. The owner had apparently returned the unit in its bulging state to the shop.

Mysteriously enough, the Reddit post has since been deleted. It’s not clear when or why this happened. It’s not possible to authenticate the story as a result. It could be a false alarm or perhaps the Best Buy worker had a change of heart since uploading an image of a customer’s iPhone 8 wouldn’t exactly abide by company policy.

Whatever the reason, there’s no denying that there are multiple instances of the iPhone 8 and iPhone 8 Plus coming undone. Apple hasn’t said anything official about the matter, so there’s no telling just how widespread the concern is or even why it’s happening in the first place.

Typically, the affected iPhone 8 or iPhone 8 Plus goes through a deformation while charging or in transit to a customer. None have exploded or burst into flames yet, but the problem is still very worrying for anyone looking to snap up Apple’s latest pair of smartphones.