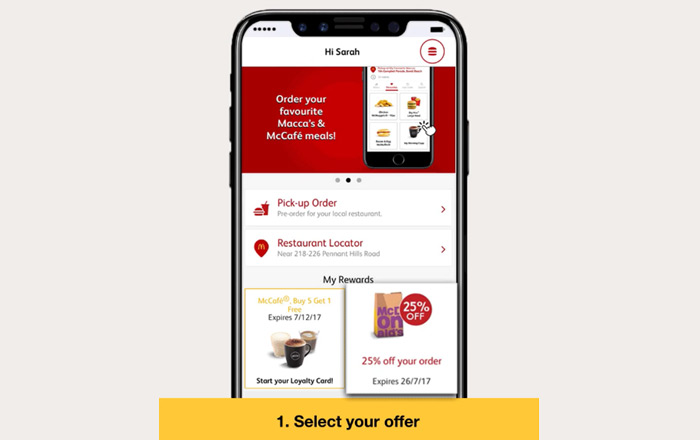 The iPhone 8 has starred in a new McDonald’s ad in Australia, with the company using the smartphone to promote its mymacca app. Unless Apple has decided to give the company an inside scoop ahead of everyone else, it seems likely that the image is just a mockup based on the leaks which have come out so far.

Indeed, frequent leakster Benjamin Geskin is taking credit for the image, claiming that McDonald’s took his render. This is entirely possible since it closely matches his designs. The brand’s graphic artists appear to have retained the outline and just placed images inside the frame to showcase the app’s different pages.

If this is McDonald’s idea of viral marketing, its strategy is definitely working since the ad has blown up across social media and tech sites. There’s a chance this is a simple mistake or simply a case of a graphic designer jumping the gun. The promo doesn’t actually offer any new information on the iPhone 8, but it is an interesting glimpse at what apps could look like once Apple goes bezel-less.

As you can see above, McDonald’s has chosen to fill out the ears sitting beside the notch with the symbols for battery and signal strength. Apple may go down the same route or choose to hide it with a black bar to better blend with its surroundings.

The iPhone 8 is expected to hit the spotlight in September alongside the iPhone 7s, iPhone 7s Plus, and Apple Watch Series 3. Production is rumored to be in full swing, so you’ll have to sit tight and wait for hands-on photos of the tenth anniversary device to leak.