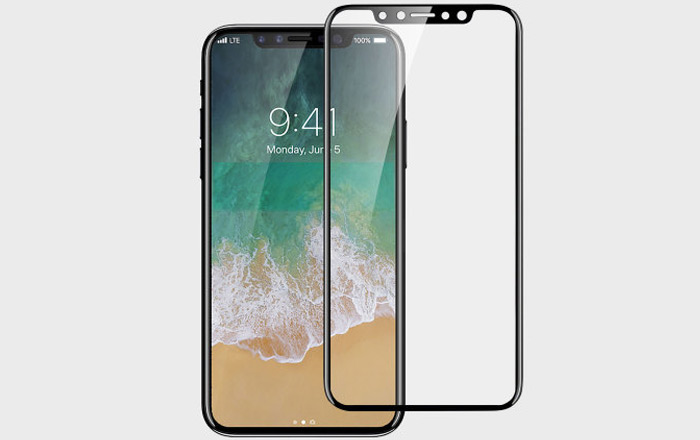 We’re about 3 months away from the expected launch of the iPhone 8, an ideal time for some early accessory leaks to begin appearing on the internet. Right on cue, a UK-based company called MobileFun has put a screen guard for the handset up for sale on its website.

MobileFun has gained a reputation as a somewhat reliable leakster thanks to accurately revealing the Galaxy S8 and iPhone 7 about 3 months ahead of schedule. Case makers typically get ahold of designs at around this time to make sure their wares are ready when the device gets announced. If this listing is accurate, it means Apple has finalized the iPhone 8’s look.

The image used to represent the iPhone 8 is one which has been in several leaks before, featuring an almost bezel-less 5.8-inch panel with only the selfie camera and microphone interrupting the lack of borders. The brand was rumored to be working on hiding these components under the screen, but it looks like this isn’t happening.

Also See: Apple iPhone 8: Everything We Know So Far

Two aspects which have a very strong chance of happening are the in-display optical fingerprint sensor and Function Area. Word on the street is that Apple will designate the bottom portion of the screen towards an adaptive panel that changes dynamically according to what app is open. It could additionally showcase rich notifications since the top bar has been truncated.