A flood of iPhone 8 screen protectors have begun invading the internet in full force over the past few days. The accessory has appeared in a hands-on video and in Weibo leaks, not to mention on a retailer’s website.

All the iPhone 8 covers look very similar to each other. While it’s certainly possible that all of them are fake, there’s chance that they might be the real deal. The one on the left is made out of tempered glass and features very narrow bezels on all 4 sides. The only interruption is seen right at the top where 4 small holes and an ear speaker have been placed in a small cutout. 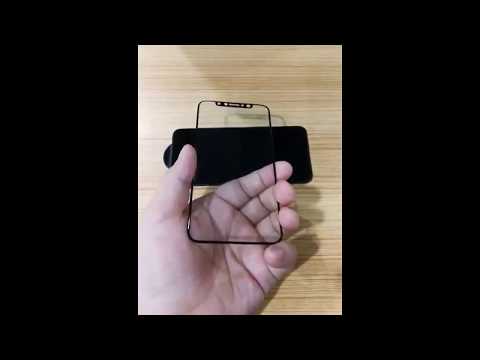 Lastly, Slashleaks has gotten hold of a image of screen protector that has the name Decade Edition emblazoned on the front. This is likely the first time such a name has been suggested for the iPhone 8 and should ideally be taken with a pinch of salt until further proof shows up.

One question that none of the leaks answer is how exactly Apple plans to deal with the cutout up top. Some say it’ll take advantage of the deep blacks provided by the all-new OLED panel and make the upper portion appear as if it’s all display without any breaks.

The appearance of so many screen protectors also raises the question of how Touch ID will work if there’s a piece of glass between the finger and the iPhone 8’s display. Noted tipster Benjamin Geskin believes that tempered glass with Touch ID support is still in testing, so we’ll have to wait and see how that turns out.