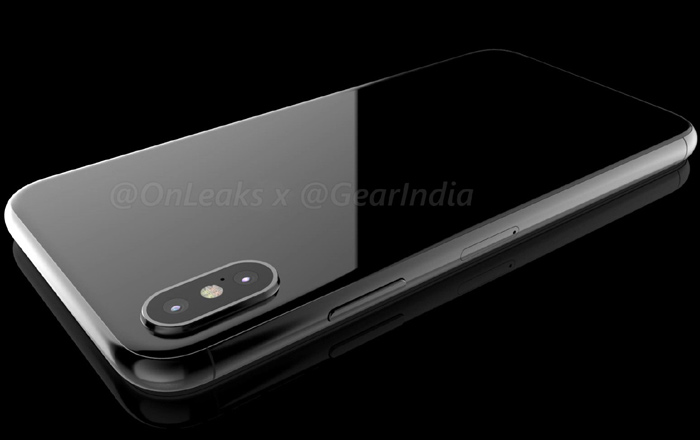 The iPhone 8 has gotten leaked in the form of a flurry of renders and a video allegedly based on factory CAD images sourced by GearIndia and OnLeaks. There’s no way to know whether the photos are the real deal as of now, but they do closely match rumors about the handset so far.

If accurate, the iPhone 8 will be something of a smooth black monolith, with no home button and minimal bezels interrupting its panel. There’s glass on the front and back and a stainless steel frame tying both together. It’s possible the handset will incorporate Touch ID underneath the display or Apple logo.

One component that prominently stands out is the vertical dual cameras on the back. The bump is quite substantial, apparently adding 1.2mm to the width of the iPhone 8. Without it, the smartphone supposedly measures 143.5 x 70.9 x 7.7mm, a bit chunkier than the iPhone 7 and iPhone 7 Plus’ 7.1mm and 7.3mm thickness, respectively.

Also See: iPhone 8 to get bundled with AirPods, blast water out through sound

OnLeaks himself isn’t completely sure about the renders he has leaked since Apple is reportedly testing multiple prototypes. Still, he believes that the final iPhone 8 which the world is set to be introduced to will closely resemble the renders seen above with minor differences.

In related iPhone 8 news, KGI Securities’ Ming-Chi Kuo claims that the worst-case scenario for iPhone shipments he predicted in April is increasingly looking to come to pass. Apple’s production difficulties don’t appear to have eased up since then, making severe supply shortages soon after the new models get launched more likely.