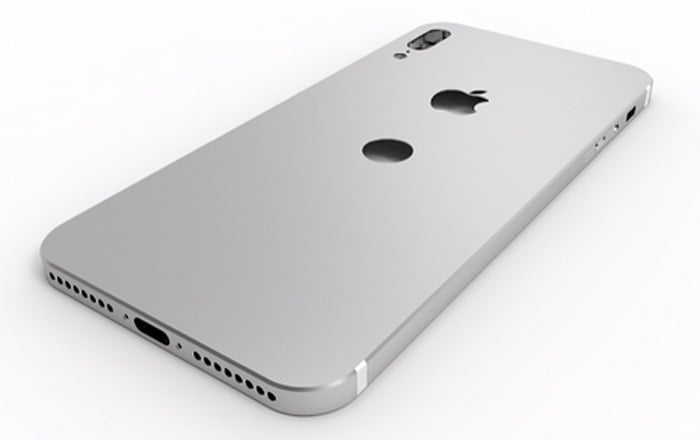 The world of iPhone 8 rumors got rocked a few days ago thanks to an alleged design schematic of the handset which featured a cutout for Touch ID on the back. No one can say for sure whether the photo is authentic, with many hoping it’s not given the awkward placement of the fingerprint reader below the Apple logo.

An Instagram user named bro.king has now taken up the task of creating renders based on the leaked iPhone 8 schematic, giving us a clearer look at what Apple may be planning. All-in-all, the device in the images closely resembles the iPhone 5 and iPhone SE. It’s got a silver aluminum shell with chamfered edges.

There notably aren’t any antenna lines running along the back of the device, getting relegated to a tiny portion of the side instead. Apple is said to be considering such a ‘simpler’ iPhone 8 design as one of many prototypes. More high-concept ones include models that feature glass on the front and back and sport Touch ID underneath the OLED display.

Also See: The iPhone 8 may come out later than expected

Apple is reportedly facing yield issues related to the latter. If it doesn’t manage to overcome the problem in time, it could delay the availability of the iPhone 8 till it does, get rid of Touch ID altogether in favor of iris/facial recognition, or shift the fingerprint scanner to the rear.

Based on the reaction to the design schematic, a majority of Apple fans are vehemently against the last option. It would be an unusual move for the company, especially since it would probably be seen as an unsightly blemish on the back by most people.

It’s possible the circular cutout isn’t meant for Touch ID at all. It could be a conduit for wireless charging, something which has been widely rumored to be one of the key highlights of the iPhone 8.