Some iPhone 8 Plus units are reportedly splitting wide open 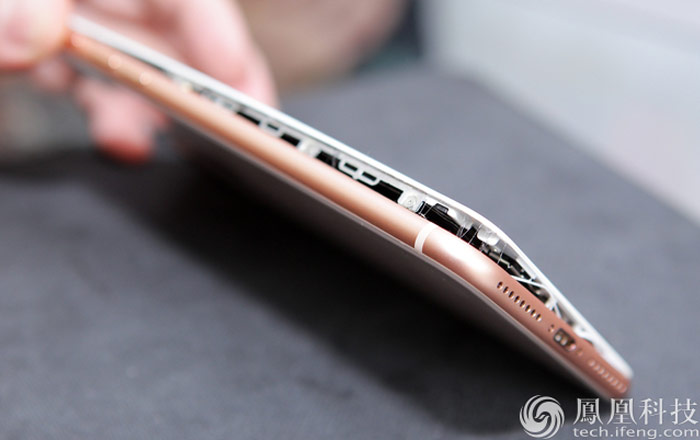 The iPhone 8 Plus has been out in the world for about a week now and there are already a couple of reports about a serious problem concerning the device. It seems some units are splitting wide open, separating the screen from the rest of the body.

As per multiple Chinese and Taiwanese media outlets, a woman in Taiwan saw her 64GB Gold iPhone 8 Plus (see above) crack open about 5 days after she bought the device. She had apparently placed her handset for charging using the official Apple-supplied cable and adaptor when she noticed that the display began to bulge out after about 3 minutes.

The iPhone 8 Plus was later recovered by the carrier and shipped to Apple for analysis. In a separate incident, a Japanese user claims his unit (see below) arrived in pretty much the same state. He posted a number of photos to Twitter as proof, showing an arced panel barely connected to the phone.

Media reports are blaming the battery, with some jumping the gun and talking about explosions. However, none of the images appear to show any signs of the iPhone 8 Plus going up in flames. There doesn’t appear to be a widespread epidemic of the device splitting open, so it’s possible something went wrong with a handful of units.

Apple hasn’t issued out an official statement on the cases just yet. We’ll keep you in the loop in case the problem becomes more widespread in the days ahead.