The iPhone 7 didn’t turn out to be quite like fans pictured it. The device was supposed to be a revolutionary new smartphone that finally beat down years of criticism about Apple selling the same old trick with slight upgrades year after year. The good news is that the next iOS handset will be radically different from the current model.

The word comes from a source at Apple’s second biggest R&D center in the world. And the clue lies in the name itself. But more on that in a bit. The company is known to be meticulous about details and spends ages perfecting its technologies. Read on to find out about some of the leaks which were being reported even before the iPhone 7 was launched, as well as the latest ones.

Charging from a distance 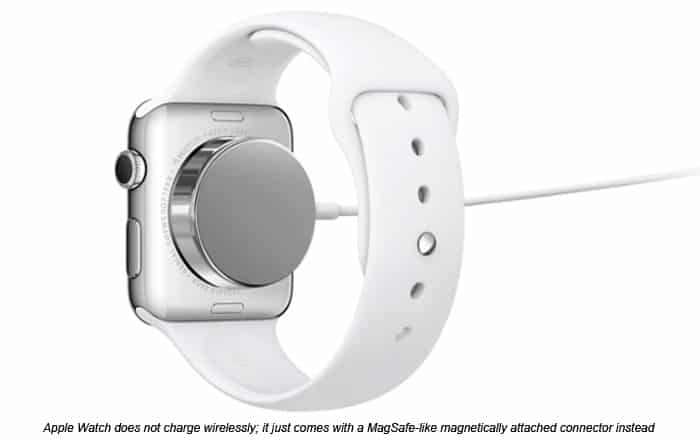 The farthest Apple’s gone with wireless charging is with its Watch device. Meanwhile, Android and Windows Phone have already been offering something similar (but better) with certain smartphones for quite some time now. We mean, instead of being tethered to a wall outlet via a Lightning cable, the Watch is stuck to a MagSafe-like magnetically attached connector.

Nothing to write home about when currently available charging mats juice up users’ handsets when they’re dropped onto their surface. All this is set to change with the iPhone 8 which could allow owners to power up the device by placing it somewhere near the charger. Nikkei has reported that Foxconn is already manufacturing the modules necessary to enable such a feature in the 2017 iPhone.

On a related note, for the first time since 2001, Apple has reported a year-on-year decline in its annual revenue. The iPhone 7 has not been welcomed as well as expected. It may largely have to do with the general feeling that the 2016 iPhone is just the same old smartphone with a few improvements. Cupertino needs to be innovative if it expects to recover from this bad streak. 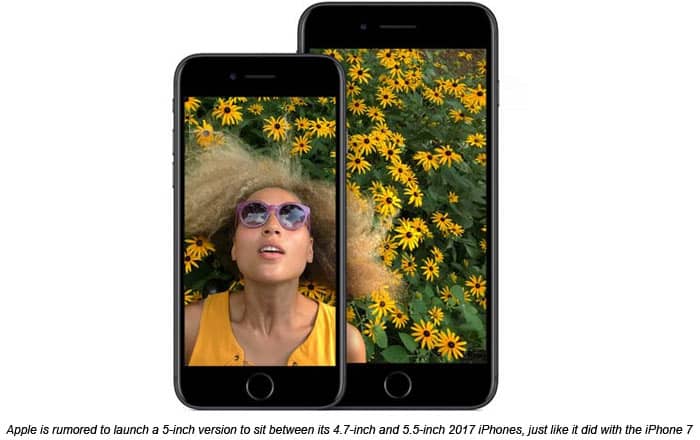 Apple launches just two phones annually (with the exception of the iPhone SE this year). So when a rumor of three 2017 iPhone 8 variants broke out, it was a little hard to swallow; especially because the company was supposedly building 4.7-inch, 5-inch and 5.5-inch devices.

The difference between a 4.7-inch and 5-inch panel is negligible. Apple wouldn’t be thoughtless enough to introduce two such handsets and allow the risk of the cheaper one eating into the sales of the more expensive one. Apple Insider notes that Cupertino will stick to pushing out just two flagships next year. 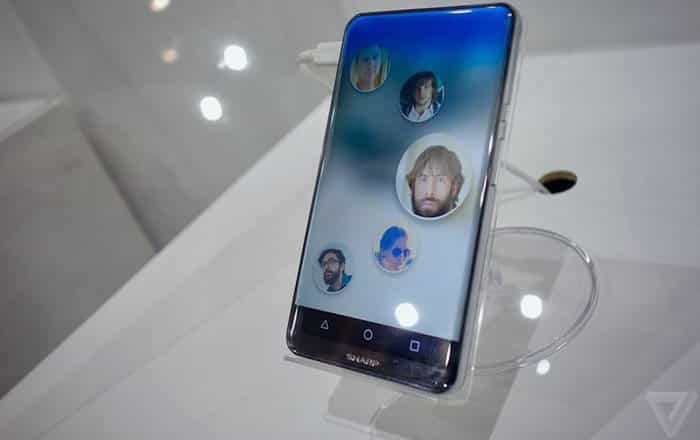 One will be a 4.7-inch smartphone, while the other will be a 5.5-inch device. 4.7-inch models have been working out very well for the company after all. However, a Nikkei report insists a third version of 5.5-inches or higher with a curved display (by manufacturer Sharp) and advanced features is incoming.

It’s alternately possible that Apple will roll out an updated version of the iPhone SE in 2017. The model was initially dismissed as a ruse to grab interest from consumers in emerging markets. However, the phone appears to have done better in other regions instead of the targeted areas.

Apple’s current flagships are designed with high-grade aluminum back panels. Naturally, there’s a limit to how glossy they can look. Even though the company introduced a glossy black iPhone 7, it warned users about the device being more prone to scratches than its counterparts.

Additionally, the shiny, jet black finish is only available on the costlier 128GB and 256GB models. In spite of this, demand has been high. Apple might be able to offer all of its devices in a shinier finish if it sandwiches the phones between glass panels on the front and back.

According to 9to5Mac, KGI analyst Ming-Chi Kuo says using 2.5D glass instead of 3D glass will ensure better durability. There’s another story that Apple will switch out aluminum for stainless steel for the body of the iPhone 8, adding an extra touch of luxury to it.

#Confirmed: Dull display to be ditched for OLED 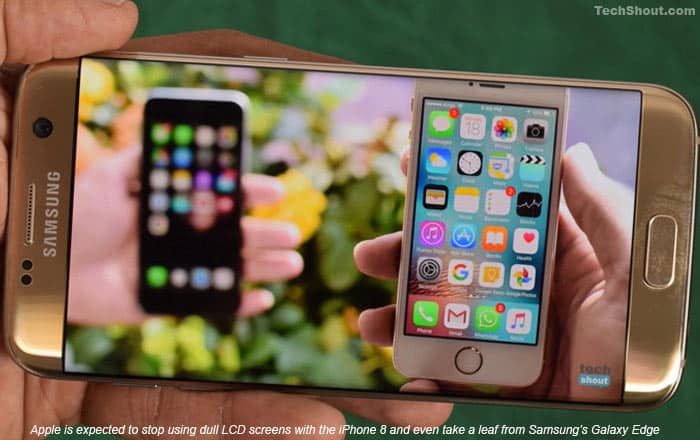 So far, Apple has been putting LTPS LCD screens on its iPhones even though they’re noticeably duller than OLED panels. Now Sharp CEO Jeng-wu Tai, has practically confirmed that the company will be ditching its boring old LCDs in favor of OLEDs for the 2017 flagships.

Tai revealed the news while making a speech at Tatung University. Apart from offering the advantage of higher color contrasts, OLEDs can also be less stubborn when told to bend or curve. Samsung has been using OLEDs for its Galaxy Edge and (now discontinued) Note 7 series.

It’s not clear whether or not all devices in the iPhone 8 lineup will sport OLED touchscreens. But we don’t see why not. Even if Apple is interested in OLED for building a high-end, curved variant, it can still put flat OLED panels on the rest of its smartphones. 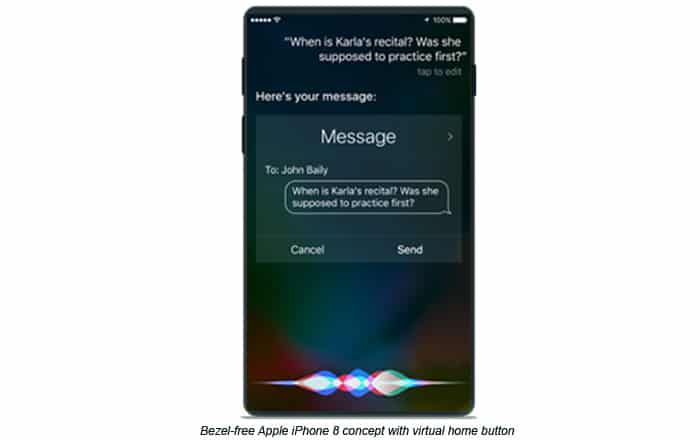 The next iPhone 8 may be geared up for a radical new design to help sagging sales of the iOS series handsets. We’ve already spoken about how Apple might put OLEDs on its 2017 devices and sandwich them between glass panels. A premium, curved-screen iPhone 8 may also be on the cards.

Another hopeful rumor is that Apple will do away with as much bezel as possible on the new iPhone, giving it an edge-to-edge display. Never mind that Samsung has beaten the company to curved screens with its Galaxy Edge lineup and Xiaomi has pioneered the skinny bezel with it Mi Mix.

The physical home button has already been dropped in the iPhone 7. There are speculations that it will become a virtual button in the 2017 iPhone, and the camera will be built right into the display. To sum it up, the iPhone 8 might look like a seamless, glass sculpture from all sides. 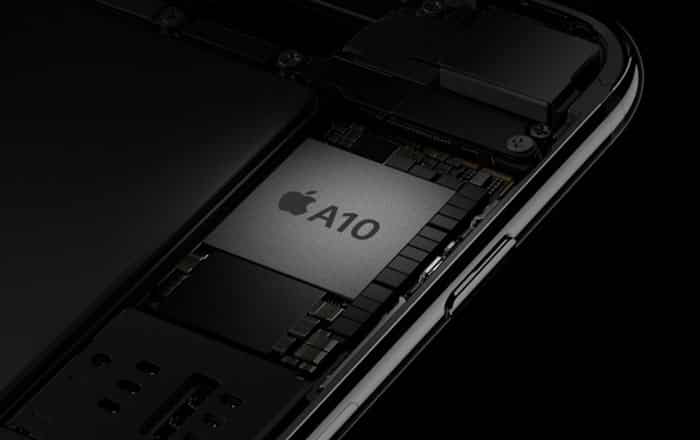 Apple can be faulted on lack of innovation on a lot of fronts these days. But if there’s one piece of essential hardware the company does not compromise on, it’s the processor inside. TSMC is touted to be the exclusive producer of the 10nm A11 chip that will go into the iPhone 8.

The advantages of embedding the 10nm A11 chipset in the next iPhone are manifold. TSMC’s 10nm tech offers almost twice as much energy efficiency and a roughly 20% speed advantage as compared to the 16nm process. More importantly, the company has managed to make it commercially viable now.

Apple boasts of having managed a 40% and 50% boost in CPU performance and graphics muscle, respectively, with the A10 SoC in the iPhone 7 as compared to the A9 in the iPhone 6S. One can only imagine how much of an improvement the A11 will provide, especially with its 10nm technology. 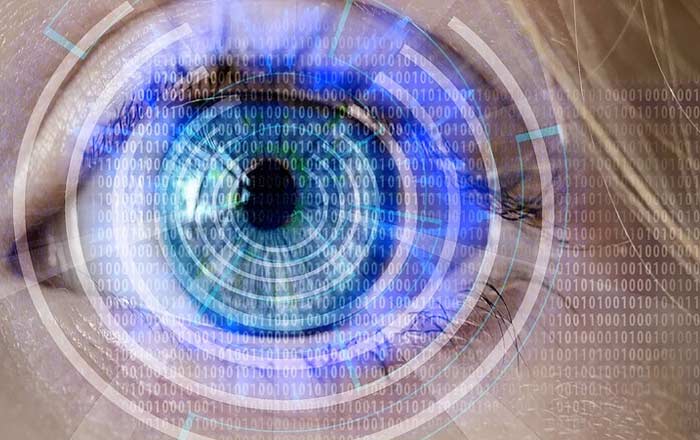 Eye scanning for biometric authentication on smartphones feels largely gimmicky mainly because it has yet to hit mainstream. If Apple picks up on iris scanning, more companies might start adding it to their own devices because it will inevitably become the next cool thing among gadget enthusiasts.

There have been persistent speculations that Cupertino will invest in new biometric technologies for its next iPhone. Additionally, an older report says Taiwan-based Xintec is going to start mass producing eye recognition chips in 2017, and orders for the same for the iPhone 8 have been placed already.

As for the bit about face scanning, Apple did buy San Diego startup Emotient in 2016. It also acquired Faceshift and Perceptio before that. All of this points to the possibility of some sort of face recognition software heading for a future version of the iPhone. Admittedly, there’s no guarantee it’ll come with the iPhone 8. 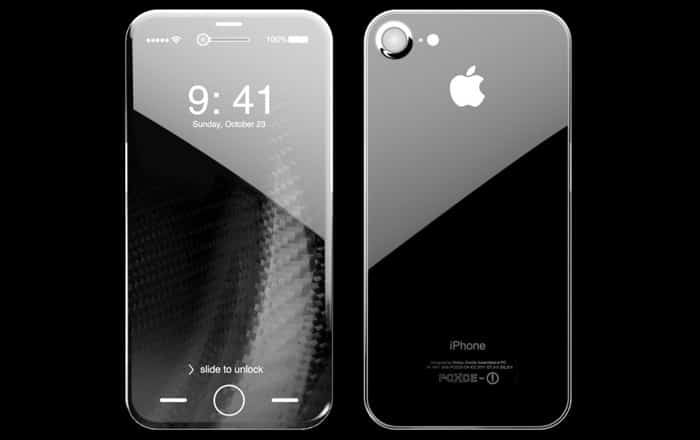 As mentioned above, an employee at Apple’s Herzliya facility (in Israel) which is allegedly developing the hardware, mentioned that the moniker ‘iPhone 8’ for the 2017 smartphone is significant. Apple has been adding an ‘S’ to every other iteration of its handsets.

There was the iPhone 4 and then the 4S, the 5 and then the 5S and so on. According to the story, Apple will name its next smartphone the iPhone 8 and not the iPhone 7S because it’s going to be a major release instead of an incremental update. So expect great things from the next iPhone.

On top of that, 2017 is the iPhone’s 10-year anniversary. There’s no better way to celebrate this than by launching a completely new phone, don’t you think? Expect it in September 2017, and we bet the price will be higher than the starting rate of the current model since massive changes are anticipated.