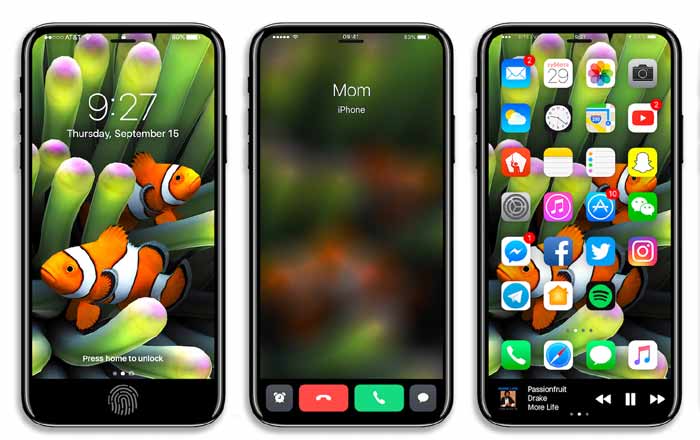 iPhone 8 rumors are picking up pace as we get closer and closer to its announcement this year. As it turns out, we might not have to wait that long for the handset since a new report claims that the device is coming out in June 2017 at Apple’s annual WWDC (Worldwide Developers Conference) event.

To recall, most leaksters have predicted that Apple will announce the iPhone 7s, iPhone 7s Plus, and iPhone 8 in September and release the last to the public much later, perhaps even 2018. That’s because the company is apparently facing severe supply chain issues and problems related to placing Touch ID underneath the display.

However, JPMorgan analyst Rod Hall is contradicting this timeline by stating that there is a high likelihood of Apple previewing the iPhone 8 at WWDC and selling it in the fall. There’s no evidence to back this claim up in the note he released to investors, just telling them to expect weaker summer sales performance as customers wait for the handset.

Also See: Apple to take on Amazon Echo with its own Siri Speaker

Apple is already facing the effects of anticipation for the iPhone 8, with CEO Tim Cook recently disclosing that rumors about the smartphone have resulted in many consumers not buying existing devices as they wait patiently for the next one. Announcing the iPhone 8 in June will likely make things worse as it’ll probably encourage this trend.

Apple notably hasn’t announced an iPhone at the WWDC since the iPhone 4 in 2010. Speculation so far indicates that it’ll launch iOS 11, macOS 10.13, tvOS 11, and watchOS 4 at the occasion. It might even announce a Siri Speaker.

Whenever the iPhone 8 does arrive, leaks have hinted that it’ll feature a 5.8-inch OLED screen without a home button. Out of this, only 5.15-inch will be usable and the rest will be devoted to a ‘Function Area’ at the bottom. The component is expected to work just like the 2016 MacBook Pro’s OLED Touch Bar, offering different virtual tools based on what app is open.

For example, editing options might pop up in the Function Area when in Photos or browsing options in Safari. iDrop News in collaboration with Benjamin Geskin has now put together a couple of concept renders to showcase what this might look like. While it can’t be taken as clear-cut evidence for the feature, it does offer a good idea at what Apple might be planning.