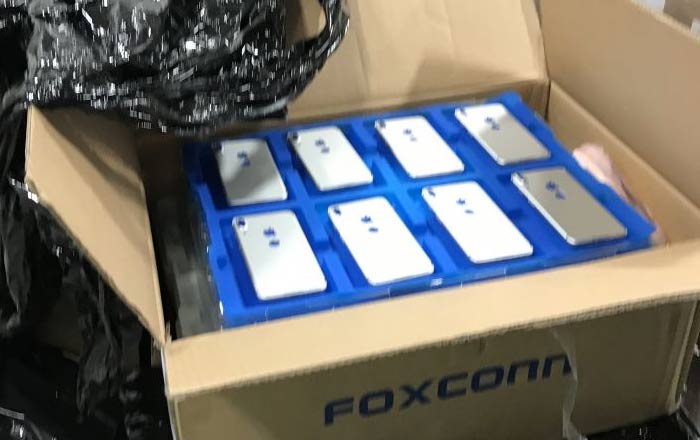 The first live image of the iPhone 8 appears to have hit the internet, but fans probably won’t like what they see. The photo above is purportedly from a Foxconn factory and depicts the back of the device.

There’s a distinct round cutout right below the Apple logo, likely the fingerprint scanner. The surfacing of Touch ID on the back of the handset is a bit of a surprise since word on the street is that Apple is ditching it in favor of Face ID.

There’s no room for Touch ID up front because there’s no home button there anymore. Apple supposedly cancelled plans to incorporate it under the screen. That leaves the back, but there hasn’t been any hint of this happening recently.

Mass production of the iPhone 8 started recently, but there were quite a few prototypes which Apple messed around with before settling on a final design. An iPhone with a fingerprint reader on the back was one of them, but many assumed that Apple had dropped the idea completely.

The appearance of this photo is an indication that this might not be true. It should be noted that the authenticity of the leak can’t be vouched for since it comes from unknown Chinese sources. There isn’t even any way to tell whether this is actually from a currently active Foxconn production line.

There’s a chance this is actually the iPhone 7s or iPhone 7s Plus. Of the two, the former is more likely since the latter will probably feature a horizontal dual camera module. It’s hard to tell if there are vertical twin snappers in the above snapshot since it’s quite blurry.

In any case, all will be revealed when the iPhone 7s, iPhone 7s Plus, and iPhone 8 come out next month.