Wireless charging is one of the top features reports consistently claim is making an appearance on the iPhone 8, iPhone 7s, and iPhone 7s Plus. The main question regarding the technology right now is whether Apple will favor long-distance or inductive charging.

Most reports state that Apple’s going with the latter. It’s already joined the Qi wireless charging consortium and there have been several rumors asserting that the iPhone 8 will come with support for a separately sold Qi charging pad. The latest one features 2 images that depict the front and back view of a component, said to be the handset’s wireless charging module.

The photos appear to be sourced from Weibo and have come to light via Slashleaks. It may well be the Qi inductive coil residing inside the iPhone 8, but it could also be part of the external charging pad. In terms of authenticity, the socket end does seem to be conformed to fit a Lightning connector. 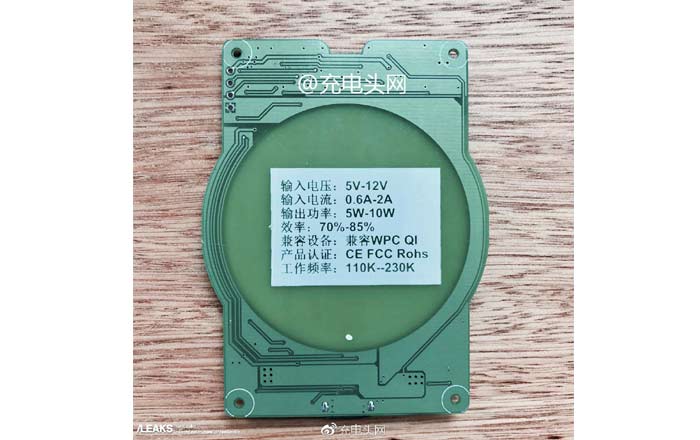 AppleInsider points out that the part has the same number of pins and identical spacing for ground connectors at the sides as current Lightning components. The publication also guessed that the overall board assembly measures 2.5 inches wide and 4 inches long. This is fairly big, but it could still fit inside the predicted dimensions of the iPhone 8 or a charging pad.

Also Read: iPhone 8 to release in Oct-Nov with Face ID in tow

There are a few discrepancies to consider though, like the fact that there’s no visual confirmation of this being a genuine Apple part. A few areas have been digitally obscured, raising the question of whether someone is trying to pass it off as an iPhone 8 module.