iPhone 8 gets snapped in the wild

The debate over Touch ID is yet to be settled as contrasting reports keep popping up on a regular basis, with most reports indicating that the technology is on its way out on the iPhone 8. Here to add some more confusion to the mix is a set of photos that both confirm and deny its existence.

Starting off with the image above, the iPhone 8 depicted evidently doesn’t have a fingerprint scanner on the back or front. It’s not apparent if this is a genuine unit from the ongoing production process or another dummy model. In either case, the hands-on shot offers a pretty good look at what may well be the final design of the handset.

Based on the photo, Apple is clearly going for a black monolith appearance for the iPhone 8, encasing the front and back in glass for a sleek look. The only interruption to its glossy style is the notch up top that serves as the home of the selfie camera and various sensors. 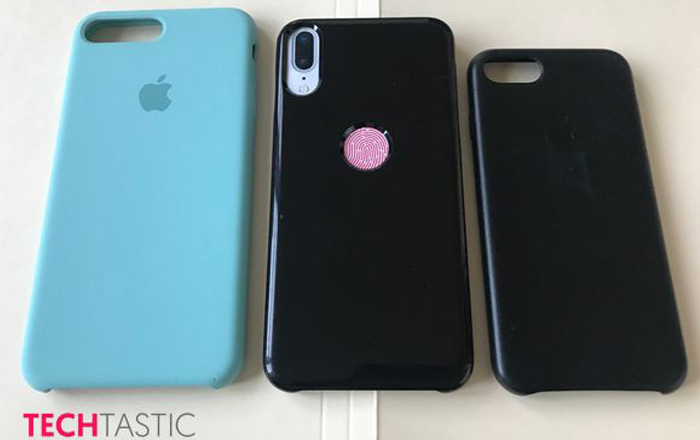 The next picture shows off cases for the iPhone 7s Plus, iPhone 8, and iPhone 7s. It clashes with the one above since the second has a round cutout with a fingerprint scanner symbol inside it. The most obvious explanation for this is that Apple is moving Touch ID to the back. Another plausible justification is that the hole is just meant to show off the Apple symbol, a common design trait found in many iPhone cases.

It’s best to take this leak with a pinch of salt given the unknown nature of its origins. The iPhone 7s, iPhone 7s Plus, and iPhone 8 will all be arriving together at some point in September. More leaks will probably come out in the meanwhile, so stay tuned.