iPhone 8 gets shown off on video

Yet another iPhone 8 leak has emerged online, this time showing off the handset in a short 5-second video. It’s not clear whether the device is a real working unit or just another dummy model.

Most reports are leaning towards the latter. TechTastic uploaded the video and simply mentioned that it received the footage from an unnamed source. That doesn’t help increase its authenticity, but it does have a couple of things in its favor. It looks very similar to the other dummy model leaks we’ve seen so far and matches up with several other rumors about the iPhone 8.

In related news, The Investor is reporting that the iPhone 8’s launch will be delayed to November. Apple is apparently still undecided on detailed specs of some hardware and design features, hence the postponement. An official from a Korean supplier claims that the company’s top brass has only approved the iPhone 7s and iPhone 7s Plus for a September unveiling. 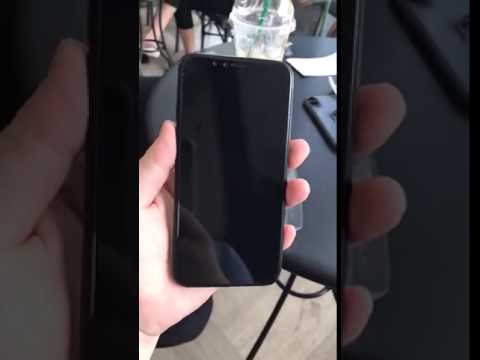 The official cited the relocation of Touch ID as one of many issues still concerning the iPhone 8. Sources say Apple still hasn’t finalized the handset’s rear design, with one stating that they’re still waiting for the brand’s final decision before shipping parts. He also thinks the phone will feature a fingerprint scanner on its back.

Apple’s uncertainty is also rumored to be affecting Samsung Display. The firm had planned to kickstart production for the iPhone 8 in the first half of the year but had to delay its schedule to July. Manufacturing apparently began in a small capacity last month, which some take as a hint that the device will be delayed.

Also Read: iPhone 8 gets snapped in the wild

Of course, it’s possible that the iPhone 8 will be announced in September in limited quantities. Noted Apple analyst Ming-Chi Kuo thinks this is how the scenario will play out, adding that production will only ramp up in mid-September. November could thus be when the supply crisis ends rather than when the smartphone gets announced.