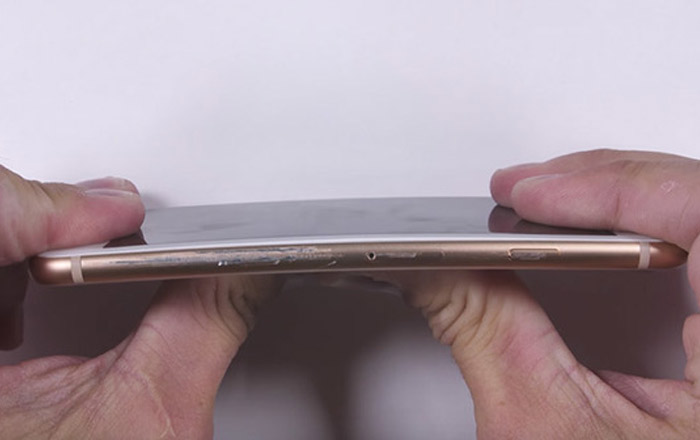 The iPhone 8 and iPhone 8 Plus have officially begun its journey across the world, leading to the first round of torture tests to see how the devices hold up in the real world outside of marketing speak. The former has become the focus of a video by noted YouTube channel JerryRigEverything which conducted scratch, burn, and bend tests.

Apple claims that the glass on the iPhone 8, iPhone 8 Plus, and iPhone X is the most durable glass ever on a smartphone. JerryRigEverything investigated this by attempting to scratch the front of the iPhone 8 with common objects like keys and coins. The handset passed the test with flying colors.

The iPhone 8 only began showing signs of damage when it hit level 6 on the Mohs hardness scale. This is equivalent to most other flagships such as the Galaxy Note 8. JerryRigEverything also tested the sapphire material layered over the device’s rear camera.

Like last year, it seems Apple isn’t using pure sapphire for the module since it began scratching at level 6 when sapphire should only get scraped at level 8 or 9. JerryRigEverything also burned the iPhone 8’s display, leaving a black mark. The device still worked though, so it should be safe from arson.

Also Read: iPhone 8, iPhone 8 Plus go up for pre-orders in India

One aspect which didn’t get repeated from last year is the bend test. The iPhone 7 came apart during the previous evaluation, but the iPhone 8 stayed strong and refused to flex much in spite of having a glass sandwich design. JerryRigEverything didn’t conduct a drop test, so we’ll have to wait and see whether the latter’s glass shatters on impact.