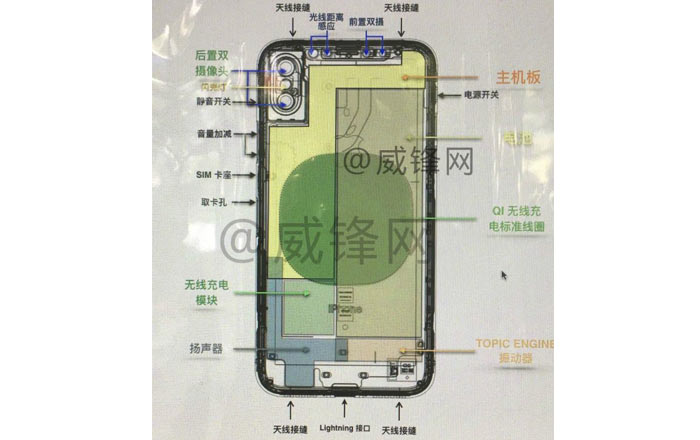 The iPhone 8 has gotten leaked in the form of a schematic drawing yet again, this time sourced from Weibo and bearing Chinese symbols. It’s a more fleshed-out version of the blueprint which emerged online recently, labeling various parts for clarity.

As per 9to5Mac, the alleged iPhone 8‘s components include 4 antenna gaps, a duo front camera, light and proximity sensors, a battery, a power button, a Taptic Engine, the motherboard (in yellow), dual speakers, a SIM tray, volume buttons, dual rear cameras, a flash unit, a mute switch, a Lightning port, and Qi wireless charging coils right at the center (in green).

This mysterious circular portion has been widely discussed over the past few days, with many saying that it has something to do with wireless charging. The photo above confirms this assessment. If accurate, it also serves to crush hopes that Apple was going to use long-range wireless charging tech for its anniversary iPhone.

Apple already uses a variant of Qi’s inductive charging tech for the Apple Watch, so it makes sense for the feature to make its way to the iPhone 8. A prior report had hinted that the brand was going to sell separate accessories for wireless charging, a common practice among Android manufacturers like Samsung. 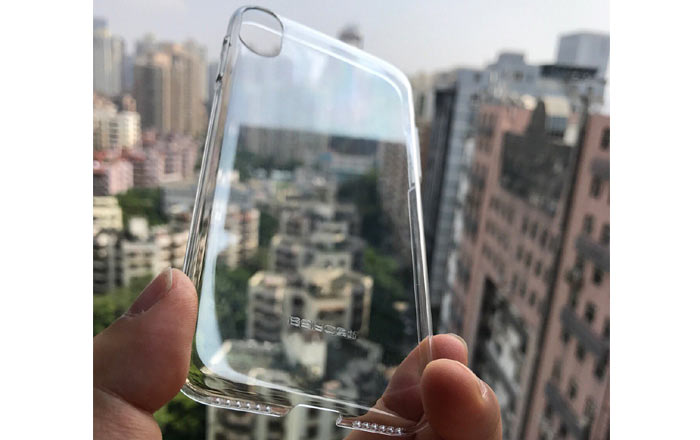 In related iPhone 8 news, frequent tipster KK Sneak Leaks has posted a photo of what is supposed to be the iPhone 8’s housing. The clear case further verifies rumors about the handset’s vertical dual snappers, twin speakers, an elongated power button, and no rear Touch ID.