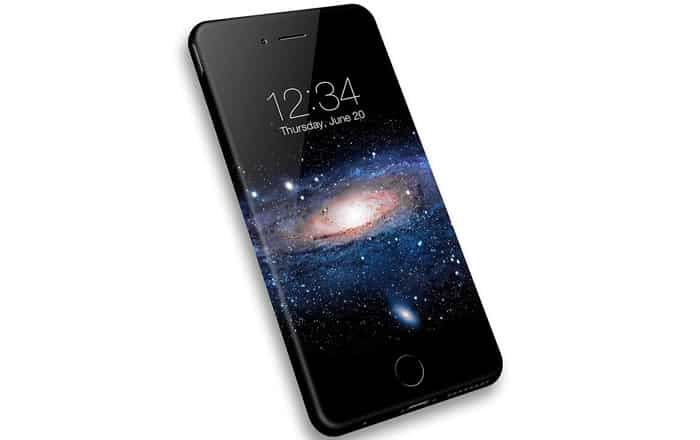 Rumors about a 5.8-inch OLED iPhone 8 have been around since last year, with reports claiming that the handset would sport a unique wraparound design. This line of thinking has now gotten a shot in the arm courtesy a research note written by analyst Timothy Arcuri of Cowen and Company.

Supply chain sources told Arcuri that Apple is planning a feature-rich launch of 3 new iPhones in late 2017. He claims that the devices are going to measure 4.7-inch, 5.5-inch, and 5.8-inch, referring to the last one as the iPhone X. The first two may or may not sport OLED panels, depending on whether Samsung is able to provide enough panels for all 3.

The iPhone X is apparently going to have a fixed-flex screen, just like the Galaxy Note 7. Intriguingly, Arcuri says that Apple is going to introduce some form of facial and gesture recognition in the flagship smartphone. The tools could be supported by a laser sensor and infrared sensor located next to the selfie shooter.

Arcuri expects Apple to add things like wireless charging and a new Touch ID sensor integrated directly into the OLED screen. He believes that the brand will switch to Synaptec’s optical-based fingerprint reader for the latter since it’s the only workable solution for scanning a fingerprint underneath a display.

Previous speculation has also leant some weight to the belief that the top-of-the-line iPhone 8 will feature a full-face panel that will keep units like the FaceTime camera and earpiece hidden from view to create a seamless edge-to-edge look.