Apple’s iOS 11 beta has been publicly available for a few days now, leading many to dive deep into the OS to pick up clues about the iPhone 8. One intrepid YouTuber named MAKS+ has now posted a short video of what may well be definitive proof of wireless charging.

MAKS+ discovered a new sound file called ‘engage_power.caf’ buried inside iOS 11. It’s very different from the current ‘connect_power.caf’ that people normally hear when they plug their iPhone to a Lightning cable. The video compares both, with the newer version going on for a bit longer and featuring a more distinct sound.

The ongoing theory is that Apple will play ‘engage_power.caf’ when a person puts their iPhone 8 down for a wireless charging session. Even the iPhone 7s and iPhone 7s Plus could be equipped with the technology. Of course, there’s no way to know for sure whether there really is a connection between the audio and cable-free refueling. 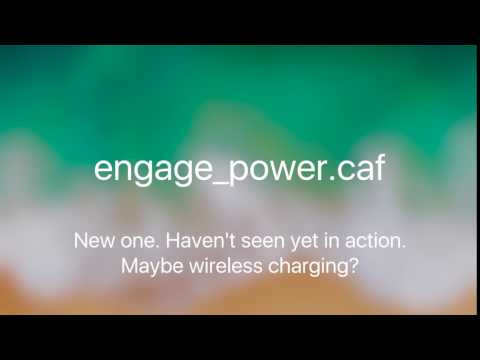 In related news, MacRumors has gotten hold of a Barclays note which asserts that the iPhone 8 will be furnished with a Cypress Power Delivery 10W adaptor, a Cypress Semiconductor USB-C Power Delivery chip, and a USB-C connector. If true, the last will be replacing the slower USB-A connector found on all iPhones today. The Lightning connector will probably stay in place.

All-in-all, the iPhone 8 will likely charge at a much faster clip than its predecessors. Apple will hopefully bundle in a USB-C to USB-A adapter for customers who don’t have a USB-C slot at their disposal. Finally, there’s a new video of an iPhone 8 dummy model doing the rounds which offers a pretty good look at the smartphone. 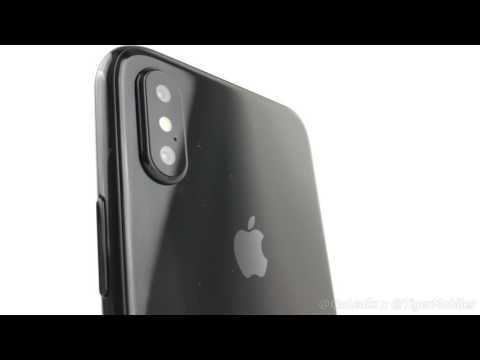 The leak is the result of a collaboration between Tiger Mobiles and OnLeaks. The CNC replica seen in the video was based on 3D CAD files the latter obtained from a factory building the iPhone 8. He actually posted the drawings to his Twitter page back in April 2017.

As a result, these aren’t quite the latest designs on hand, but are nevertheless a notch above other dummy unit leaks given the high production values and realistic-looking iPhone 8. We’re only a few months away from the smartphone’s launch now, so a wave of actual parts and completed units should emerge soon.