Yet another leakster has gotten his hands on a dummy model of the iPhone 8, confirming several rumors about the handset in the process. The images posted by Steve Hemmerstoffer AKA OnLeaks offer a good look at what may well be the device’s final design.

The dummy unit seen above and below bears a close resemblance to the others which have surfaced online so far. One key difference is that the frame wrapping around its sides has been dipped in black to further enhance the seamless look of the iPhone 8. Even the buttons share the same color.

Previous dummy iPhone 8 models had featured a silver-colored frame. The ongoing theory was that Apple would switch to an all-black scheme for the final look by painting over the stainless steel material. This makes sense since that would serve to tie the classic iPhone 4-esque look of the handset with the more modern aesthetic the company is aiming for with its tenth anniversary iPhone. 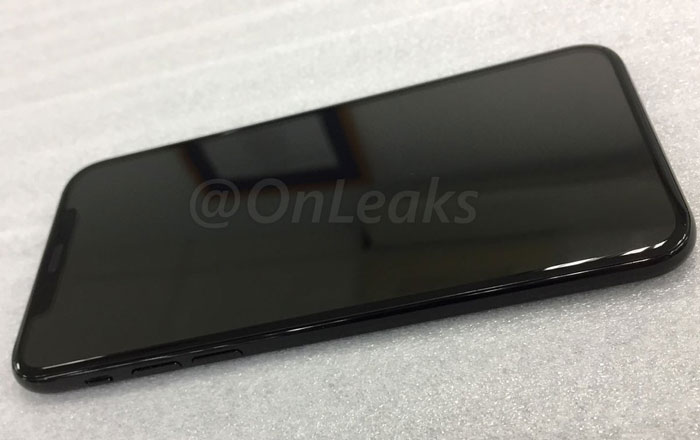 The leak further serves to verify talk that the iPhone 8 will have a significant camera bump on its back. This might not go down well with people who prefer having their smartphones flat on a surface rather than a few millimeters above the ground at all times. Still, the vertical dual lens array apparently caters specifically to AR and VR experiences, so the payoff might be worth this minor inconvenience.

Other rumors confirmed by the dummy unit include a minimal bezel design, a glass back, no physical home button, and a prominent cutout to house the selfie camera and ear speaker. Stay tuned for more on the iPhone 8 as we get closer to its September launch.