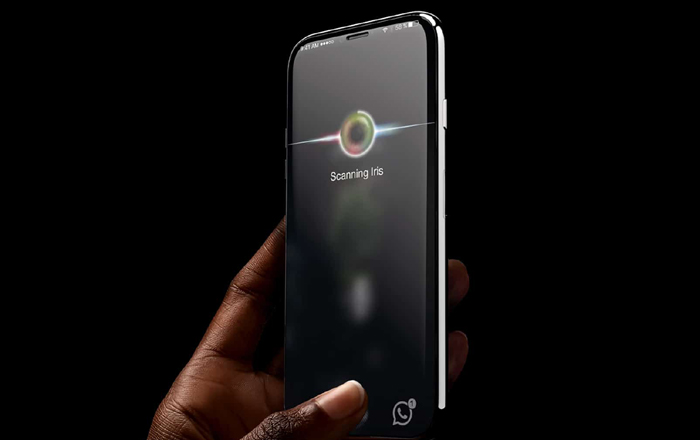 KGI analyst Ming-Chi Kuo is back again with a list of 10 predictions for the iPhone 8, signaling that big changes are coming to Apple’s upcoming handset. A new Bloomberg report goes hand-in-hand with his forecasts, with a few surprises up its sleeve as well.

Starting off with Kuo, Apple is set to release a 4.7-inch LCD iPhone 7s, 5.5-inch LCD iPhone 7s Plus, and 5.8-inch OLED iPhone 8 this year. The first is apparently going to pack 2GB of RAM, while the latter two may feature 3GB of RAM. All 3 might be sold in 64GB and 256GB models. Each will likely carry a Lightning port embedded with USB-C power delivery IC for better charging efficiency.

The iPhone 8 might boast of having the highest screen-to-body ratio in the world thanks to a full-screen design which will only be interrupted by a ‘notch.’ Kuo is probably talking about the strip up top where the front-facing camera and earpiece reside.

Intriguingly, the analyst says the iPhone 8’s virtual Home button won’t support Touch ID. It seems Apple has admitted defeat in the face of technical problems related to the under-display fingerprint reader. Challenges include the disappointing scan-through of the OLED panel and weakened performance due to the overlayered panel module.

Also Read: Apple iPhone 8: Everything We Know So Far

Without Touch ID up front, it appears Apple is going to turn to facial recognition. This is where Bloomberg’s report comes in, as the publication claims that the company is working on the biometric security system to log in, verify payments, and launch secure apps.

Apple’s tech is backed by an all-new 3D sensor and eye scanning, with speed and accuracy being the top highlights. A person familiar with the product says that it can analyze a person’s face and unlock the iPhone 8 within a few hundred milliseconds. It’s been designed to work even if the smartphone is lying flat on a table rather than just when it’s held up to the face.

The insider went as far as to assert that Apple’s face unlocking mechanism was more secure than fingerprint reading because it takes in more data points. The company supposedly intends to replace Touch ID with its new facial recognition technology. However, it’s said to be at the testing stage and might not make it to the iPhone 8.

The report also brought to light that the iPhone 8 could be getting its hands on the new iPad Pro’s ProMotion display. A previous Bloomberg article had revealed the existence of a dedicated AI ‘Apple Neural Engine’ chip to handle image recognition and typing predictions, improving battery life in the process.

Getting back to Kuo’s notes, the analyst states that the output power of the iPhone 8’s receiver and speaker will be more consistent this time round in order to bring about better stereo effects. Moreover, Apple may sell fewer color options of the device as compared to the LCD ones to maintain the former’s boutique image.

Finally, Apple is very likely to announce all 3 at the same time in September but release the iPhone 8 later as supply tightness may not change until the first quarter of 2018. Shipments for the trio will probably be in the 80 to 85 million range, with there being an equal split between the OLED and LCD options.