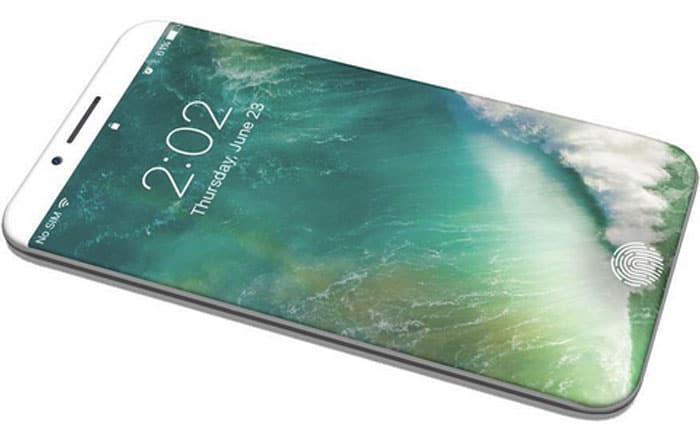 A recent rumor alleged that the iPhone 8 would sport some form of facial and gesture recognition technology. This assertion has now been backed up by reliable KGI Securities analyst Ming-Chi Kuo in a research note.

Kuo claims that Apple is toiling away at new Touch ID tech to complement its next iPhone’s full-screen AKA zero bezel style and enhance the device’s transactions security. The current ‘under glass’ design for scanning fingerprints just won’t cut it anymore since it doesn’t meet the requirements for the new look.

Apple is apparently exploring ‘under panel’ solutions for its fingerprint sensors now. It’s likely going to switch from the present capacitive-type to an optical-type system. Intriguingly, Kuo predicts that the company is looking to get rid of fingerprint authentication entirely in favor of facial recognition.

However, if things don’t go as planned, Apple might just utilize a blend of fingerprint and facial recognition. The analyst also notes that the firm’s new system will usher in a paradigm shift for the application of biometric identification in handsets if it does indeed manage to overcome technological challenges.

Kuo also talks about Apple flipping to a new film sensor from the current FPCB sensor for the iPhone 8. The former can apparently ensure a better 3D Touch user experience since it’s more sensitive. He further expects the upcoming smartphone to feature a flexible OLED display.

The iPhone 8’s screen is supposedly going to feature a metal structural part underneath the film sensor to provide support and prevent the deformation of the panel’s form factor from touch operation pressure.