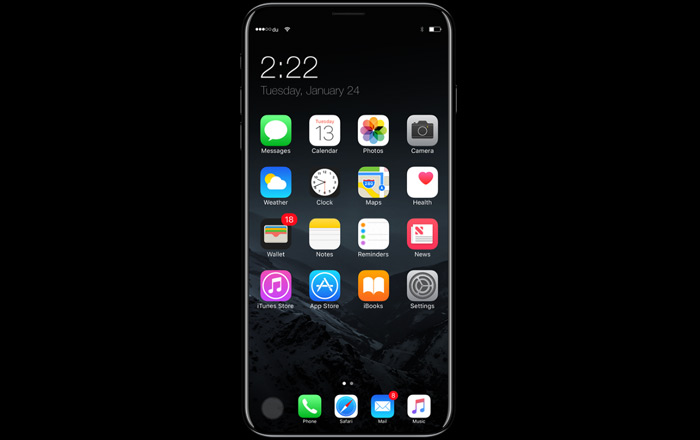 Several reports have offered their take on Apple’s tenth anniversary iPhone, with the Nikkei Asian Review being one of the first to back up claims of an OLED iPhone. The publication had stated that there would be 3 new iPhones to look forward to in 2017 namely a 4.7-inch, 5.5-inch, and 5-inch or 5.5-inch and above model.

Nikkei has now come out with a brand new report on the subject of the premium iPhone 8. It believes the smartphone will measure 5.8-inch and boast of OLED technology. Apple is apparently going to raise the average iPhone cost as a result of adding more large-screen options to the series.

The average iPhone rate has already gone up by approximately 10% over the past 3 years to around $700. Many say the iPhone 8 will touch an all-new high of $1000. Apple is expected to launch 2 other options, popularly referred to as the iPhone 7s and iPhone 7s Plus, which may carry LCD panels and cheaper price tags.

The publication’s predictions may help put an end to rumors that Apple is planning to unveil a 5-inch iPhone. The possibly borderless 5.8-inch iPhone will probably feature a usable display measuring about 5.1-inch to 5.15-inch. The leftover portion may be dedicated to a function area that would take the place of the home button.

A previous rumor had indicated that Apple had managed to fit the 5.8-inch OLED iPhone into the body of a 4.7-inch iPhone by revamping the battery unit’s design. The change-up supposedly allowed the brand to fit a bigger 2700mAh battery within a smaller space.